A short list of books to celebrate Pride Month and the LGBTQIA+ community, everything from Picture Books to YA. Based on the true story of two male penguins who fell in love in New York’s Central Park Zoo. Roy and Silo are given an egg to help hatch by zookeeper Mr. Gramsaywhich. When the penguin hatches she is named Tango, and Roy and Silo’s family becomes complete. 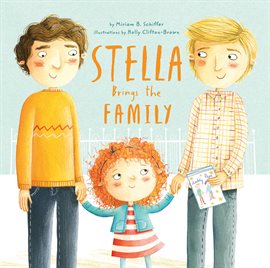 Stella’s class is having a Mother’s Day celebration and she is worried about not having a mother to bring. When her classmates ask her who does all the things that their moms do, Stella responds with both her dads. After a few days of wondering what to do Stella finds her own solution to the Mother’s Day celebration in this sweet story that celebrates families of all kinds. 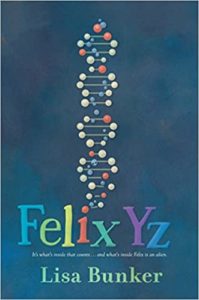 When Felix Yz was little he was sent to another dimension by one of his father’s science experiments, now is fused with an alien like creature. As Felix gets older it becomes clear that he won’t be able to grow to adulthood while the creature and him are still melded together. Felix must undergo a life threatening procedure to separate the two of them. As he counts down the days until his procedure he is still spending time with his close-knit family, having run-ins with a bully at school, and having anxiety about his crush. A wonderfully funny, heartfelt, and diverse book.
Available formats: Book, Ebook (cloudLibrary). 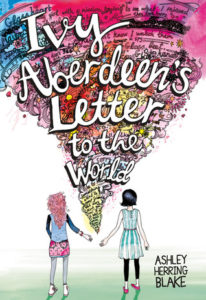 Ivy Adberdeen’s Letters to the World

When a tornado strikes town, Ivy’s house is destroyed beyond repair. Feeling invisible and ignored in the aftermath of the storm, Ivy internalizes her trauma. To make matters worse, Ivy’s notebook has gone missing and someone has found it. Now her secret drawings are ending up in her locker with notes from an anonymous source. Through all the misfortune, Ivy develops a crush on the quirky girl in school and is unsure of what that means. Many disparate themes present themselves that manage to seamlessly work together to create this spectacular book. 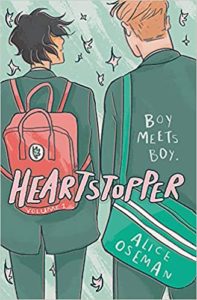 For Charlie the past year hasn’t been too great, he was outed last year and bullied for a few months. But things start to look up when Nick and Charlie are placed in the same class and made to sit together. They quickly become friends, and soon Charlie is falling hard for Nick, even though he doesn’t think he has a chance. But love works in surprising ways, and sometimes good things are waiting just around the corner.

The Collector is a legend that haunts that island of Sawkill Rock, a mysterious creature that takes people in the night and they are never to be seen again. This nightmare becomes all too real to for Val, Marion, and Zoey, three girls who are stuck in the middle as the secrets of Sawkill Rock come to the surface.