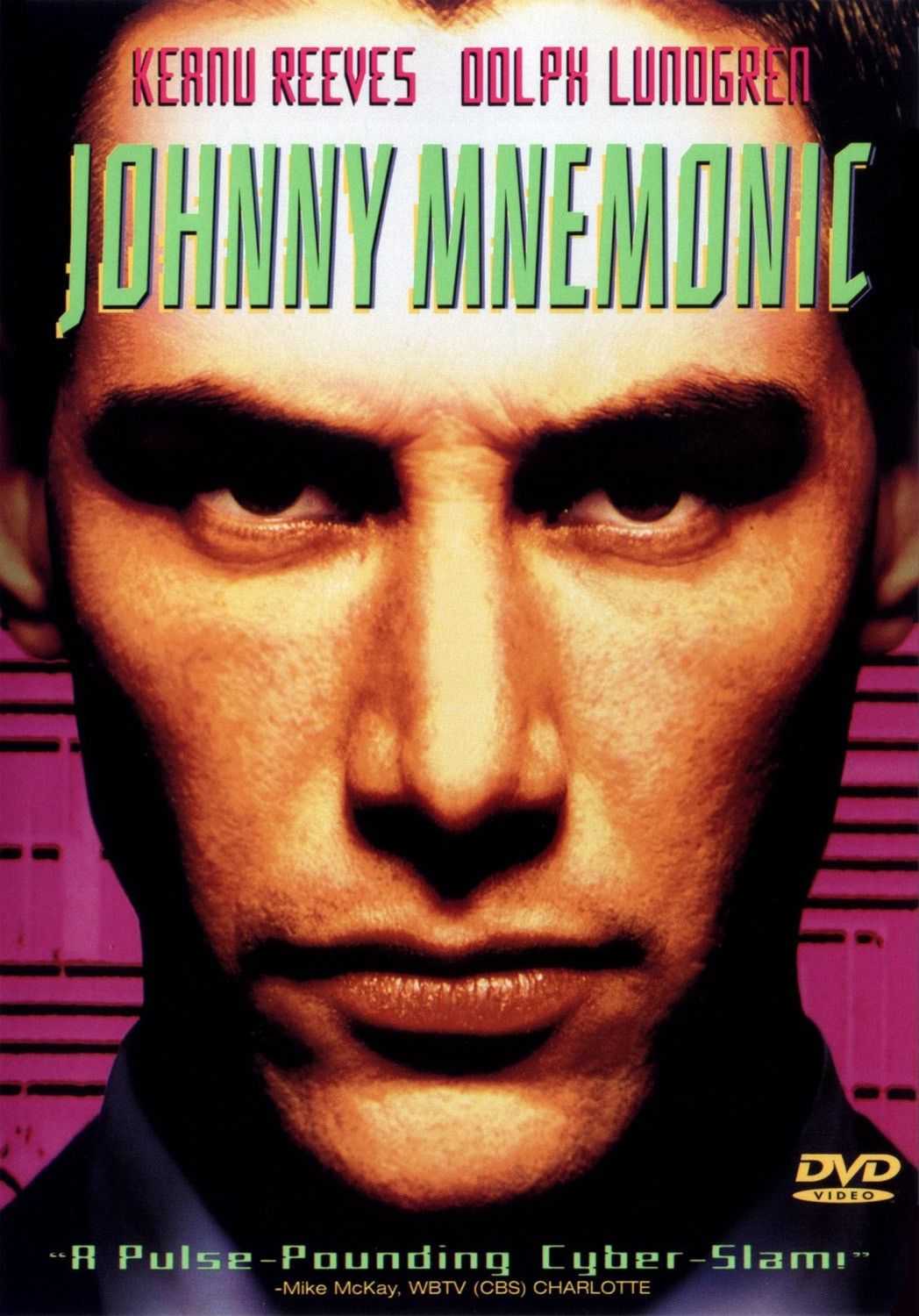 Johnny Mnemonic is a camp masterpiece, though it’s somewhat unclear if the makers were in on the joke.

The year is 2021 and things are bad.  The opening text crawl informs us that corporations rule and use organized crime syndicates as muscle.  There is a new plague called Nerve Attenuation Syndrome (NAS).  Hacking is rampant and the most sensitive information is entrusted to mnemonic couriers that carry data storage in their heads.

Johnny is one such courier, but he wants out.  However, in order to get the credits necessary to get his childhood memory back (it had to be dumped in order to implant the data storage) he has to do one last run, a big one.

And of course, that run goes bad in a big way.

Through his journey to get the data from that last run out of his head, Johnny will encounter a whole host of bizarre characters including a Yakuza boss, a murderous cybernetically enhanced preacher and a hacker dolphin.  Scenery will be chewed and weird dialogue will be delivered in hilariously unnatural and over the top ways.

Incidentally, Johnny Mnemonic is based on a William Gibson short story of the same name, from the collection Burning Chrome.  The short story is also good, but very different from the movie and not nearly as funny.