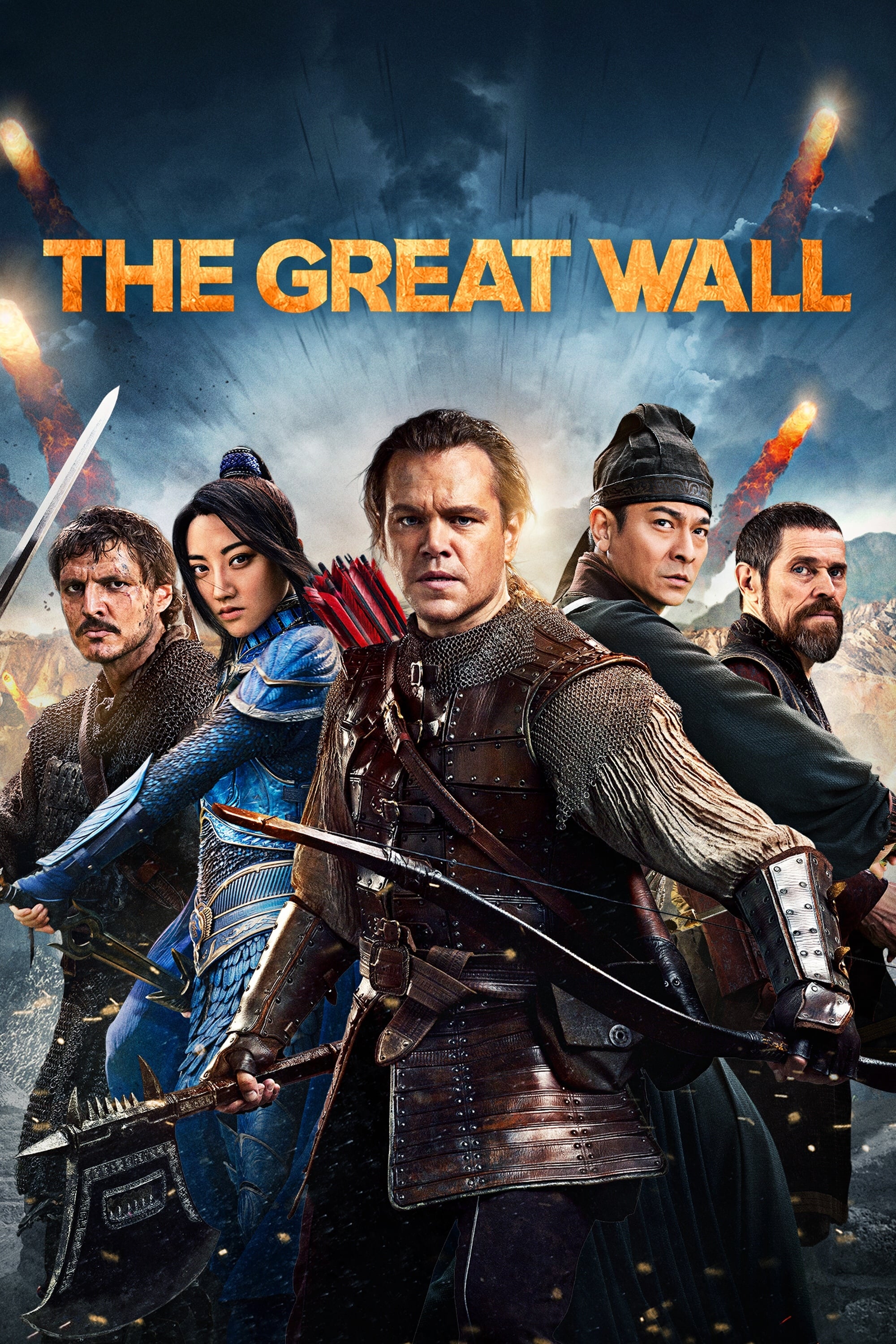 Mercenaries William and Tovar are searching for black powder, which will make their fortunes when they return to Europe.  The search is fraught with dangers, and they are attacked by a strange creature, whose arm William manages to sever.  They take the arm and then unexpectedly meet the Chinese army on the Great Wall. The general and his commanders are more interested in the severed arm than in William or Tovar and the two men soon learn that the creature they faced that night was a scout for a greater force that threatens to overwhelm China.

The Great Wall is an historical fantasy – emphasis on the “fantasy.”  The opening explains that there are many stories behind why the Great Wall of China was built, both historical fact and legends, then literally spells it out in black and white: “This is one of the legends.”  Therefore, viewers who want period accuracy and believable tales can skip this one.  For the rest, the story is entertaining, but not particularly surprising.  William, enamored of Commander Lin Mae, head of the army’s acrobatic female division, is determined to help.  Tovar’s exasperation with William’s new-found heroism offers some comedic relief, but the story is, for the most part, a serious action plot.  The most impressive aspect of the movie is the visuals: each division of the army has a different color of armor; the Wall has some seriously impressive (though underutilized) features; the capital city of Bianliang is beautiful, especially the stained glass – at least until it’s destroyed.  Overall, The Great Wall is a fairly simple story with a few plot holes, but it gets bonus points for avoiding one of the more annoying clichéd action-movie endings and it makes great eye candy.  Who can resist candy?  (Don’t answer that.)