The Unbelievable Gwenpool Volume 1: Believe It 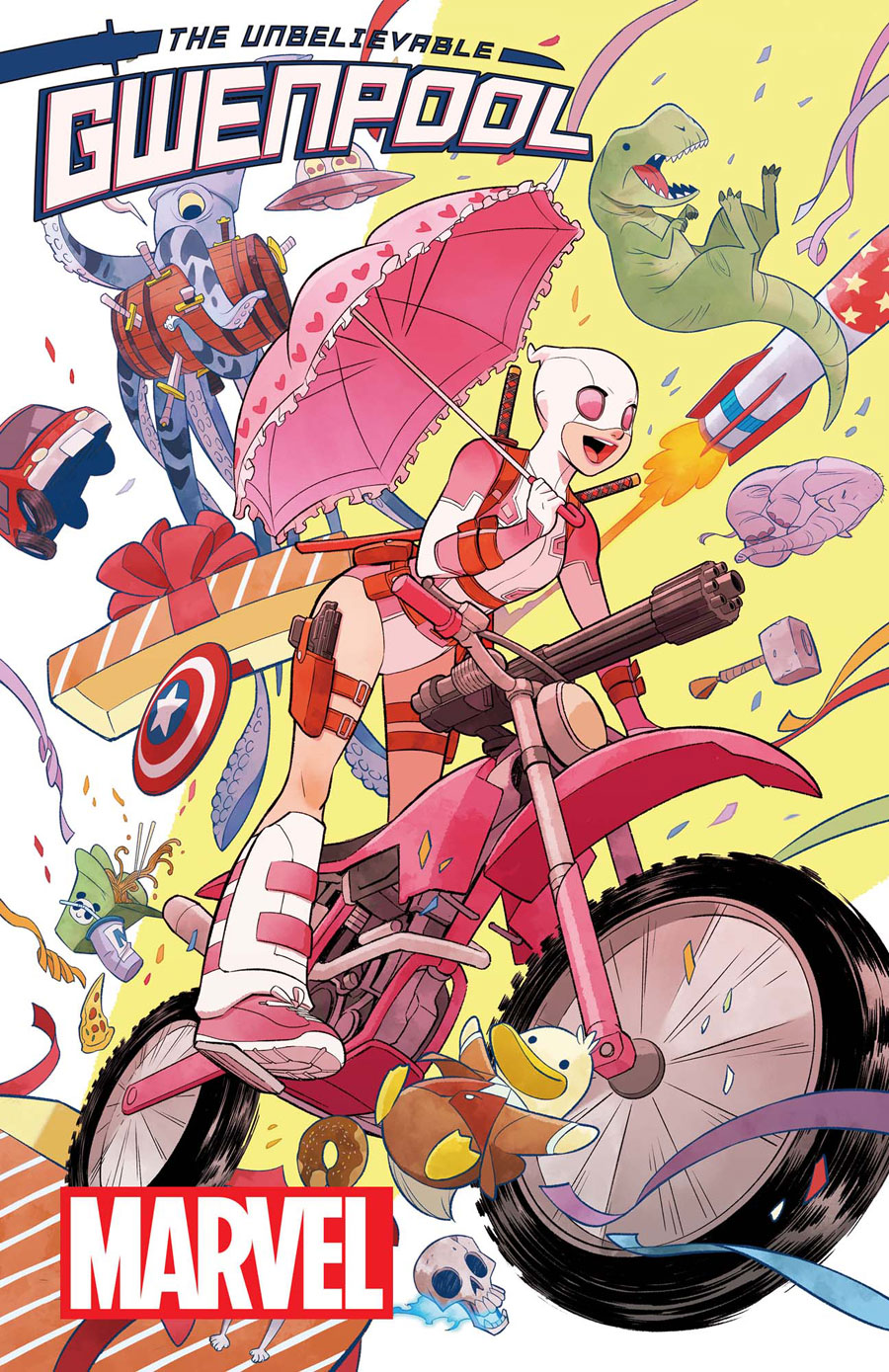 What if you suddenly found yourself in the Marvel Comic Universe? Gwen Poole, a normal, comic-book-loving girl from our universe found herself in just such a predicament. So what’s a girl to do when she doesn’t have any superpowers, but is in a world where anyone who isn’t a hero is just an extra, and where being an extra could get you killed? Suit up and wing it! She becomes Gwenpool, a pink and white pantsless ghost-ninja, as she refers to herself. She cooks up explosives and makes it all up as she goes along. She runs into Black Cat, Howard the Duck, Thor, and recruits a young hacker named Cecil as her trusty side kick. What happens when she draws the attention of M.O.D.O.K.?

The premise behind this “super”hero is so interesting. As the quote on the back says “The hero who could have been you takes center stage in her own series!” This comic book allows the reader to imagine what would happen if they had found themselves in the same situation as Gwen. The similarities in name and appearance to the character Deadpool are interesting as well, as both characters know that they are in a comic book and break the fourth wall by talking to the reader. Gwen’s complete recklessness and carefree attitude keeps you reading, wanting to find out how she is going to get herself out of each of the situations she finds herself stuck in.