Anything but Ordinary Addie : the True Story of Adelaide Herrmann, Queen of Magic 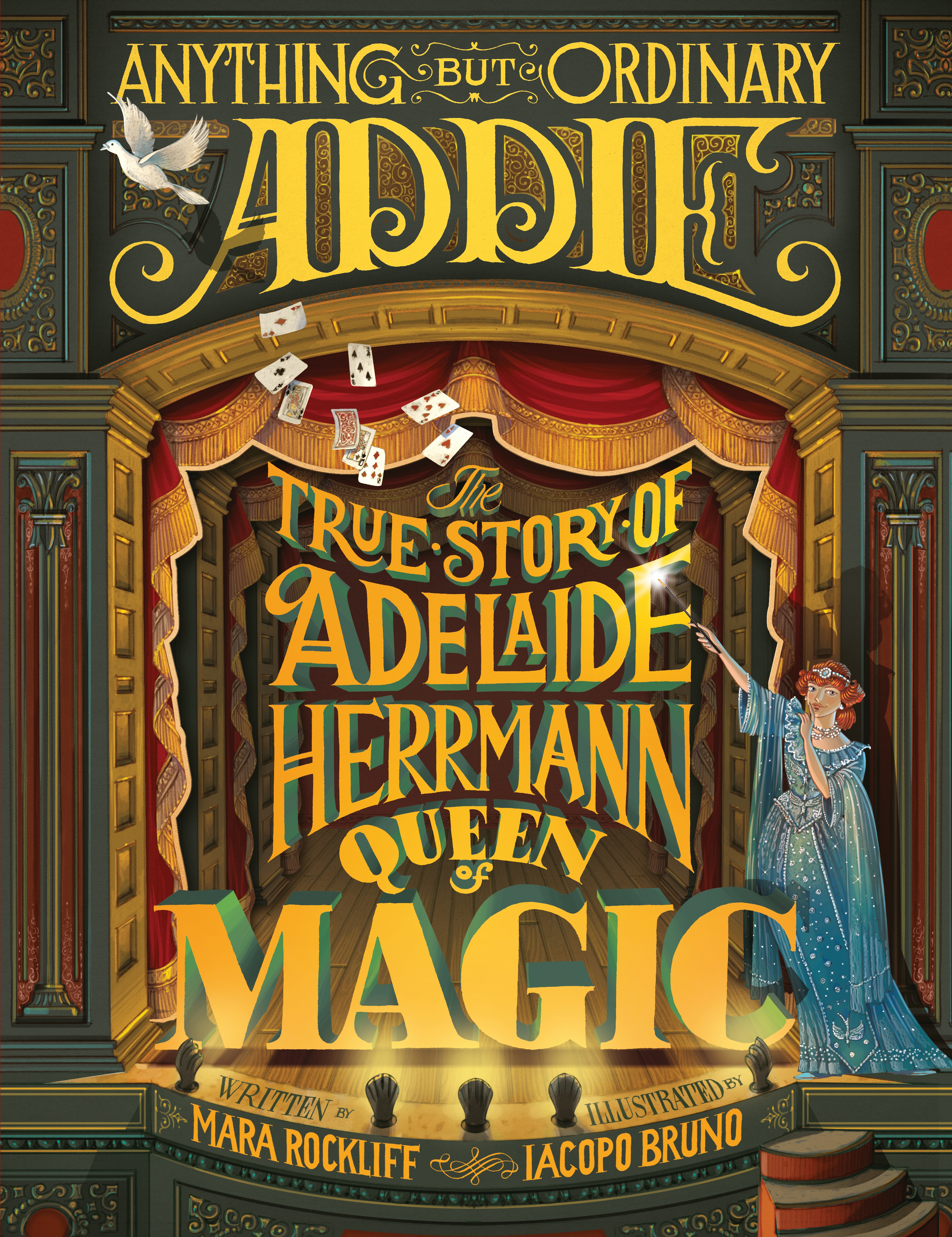 The shared history of magic and showmanship has long included the stories of men, most famously Harry Houdini and PT Barnum, but some readers may be surprised to know that over 100 years ago, there was a highly talented and successful female magician named Addie Herrmann. Not content to be a housewife, Addie fearlessly threw herself into tackling such feats as acrobatics and bullet-catching, and finding ways to keep audiences entertained, first alongside her husband, and later on her own.

In this brief but intriguing short biography, readers get a glimpse of a woman who long ago refused to be ordinary; sadly for those who are interested in learning more, there aren’t many additional resources included.  The minimal text and stylized font of this title lend themselves wonderfully to it being read aloud and the book is packed to the brim with visuals, leaving virtually no white space and giving young readers and listeners plenty to feast their eyes on. Although the highly saturated illustrations make use of deep, rich colors, the images themselves come across as somewhat flat and sterile, but not horrifically so. This rediscovered history is worth sharing with boys and girls alike.