Lose yourself in a new world in one of these fantastic fantasy novels from our collection. 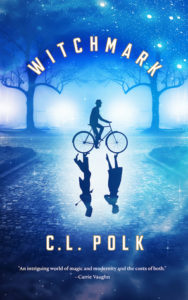 “In an original world reminiscent of Edwardian England in the shadow of a world war, cabals of noble families use their unique magical gifts to control the fates of nations, while one young man seeks only to live a life of his own. Magic marked Miles Singer for suffering the day he was born, doomed either to be a slave to his family’s interest or to be committed to a witches’ asylum. He went to war to escape his destiny and came home a different man, but he couldn’t leave his past behind. The war between Aeland and Laneer leaves men changed, strangers to their friends and family. Even after faking his own death and reinventing himself as a doctor at a cash-strapped veteran’s hospital, Miles can’t hide what he truly is.” 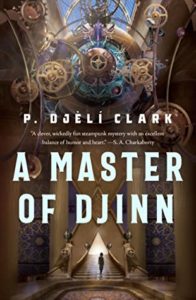 “Cairo, 1912: Though Fatma el-Sha’arawi is the youngest woman working for the Ministry of Alchemy, Enchantments and Supernatural Entities, she’s certainly not a rookie, especially after preventing the destruction of the universe last summer. So when someone murders a secret brotherhood dedicated to one of the most famous men in history, al-Jahiz, Agent Fatma is called onto the case. Al-Jahiz transformed the world forty years ago when he opened up the veil between the magical and mundane realms, before vanishing into the unknown. This murderer claims to be al-Jahiz, returned to condemn the modern age for its social oppressions.  Alongside her Ministry colleagues and a familiar person from her past, Agent Fatma must unravel the mystery behind this imposter to restore peace to the city–or face the possibility he could be exactly who he seems…” 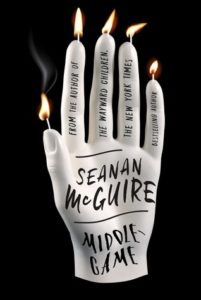 “Meet Roger. Skilled with words, languages come easily to him. He instinctively understands how the world works through the power of story. Meet Dodger, his twin. Numbers are her world, her obsession, her everything. All she understands, she does so through the power of math. Meet Reed, skilled in the alchemical arts like his progenitor before him. Reed created Dodger and her brother. He’s not their father. Not quite. But he has a plan: to raise the twins to the highest power, to ascend with them and claim their authority as his own.” 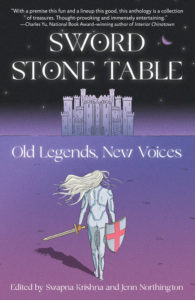 “Featuring stories by a bestselling, cross-genre assortment of some of the most exciting writers working today, an anthology of gender-bent, queered, race-bent, and inclusive retellings from the vast lore surrounding King Arthur, Camelot, and the Knights of the Round Table. The stories are so iconic that just a name, a word, conjures romance and betrayal, chivalry and magic. These are legends so embedded in our culture that they feel real; that as early as the twelfth century, Geoffrey of Monmouth, Thomas Malory, and Edmund Spenser were like, ‘I gotta get to writing fanfic of that.'” 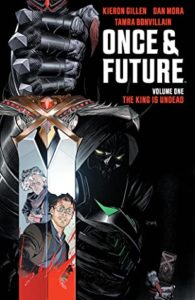 “When a group of Nationalists use an ancient artifact to bring King Arthur back from the dead, retired monster hunter Bridgette McGuire pulls her unsuspecting grandson Duncan, a museum curator, into a world of magic and mysticism to defeat a legendary threat. Now the two must navigate the complicated history of the McGuire family, all while combating the deadly secrets of England’s past that threaten its very future.” 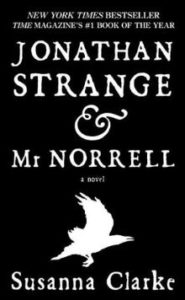 “In the midst of the Napoleonic Wars in 1806, most people believe magic to have long since disappeared from England – until the reclusive Mr. Norrell reveals his powers and becomes an overnight celebrity. Another practicing magician then emerges: the young and daring Jonathan Strange. He becomes Norrell’s pupil, but Strange is increasingly drawn to the wild, most perilous forms of magic, and he soon risks sacrificing his partnership with Norrell and everything else he holds dear.” 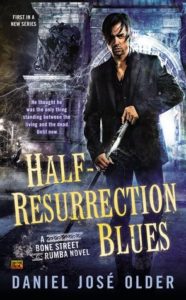 “Carlos Delacruz in one of the New York Council of the Dead’s most unusual agents- an inbetweener, partially resurrected from a death he barely recalls suffering, after a life that’s missing from his memory. He thinks he is one of a kind- until he encounters other entities walking the fine line between life and death.” 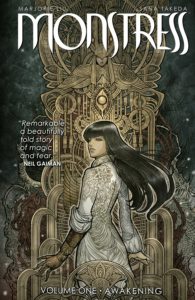 “Set in an alternate matriarchal1900’s Asia, in a richly imagined world of art deco-inflected steam punk, MONSTRESS tells the story of a teenage girl who is struggling to survive the trauma of war, and who shares a mysterious psychic link with a monster of tremendous power, a connection that will transform them both and make them the target of both human and otherworldly powers.” 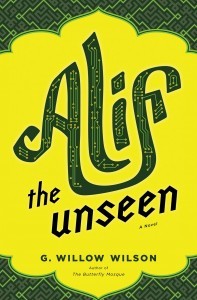 “In an unnamed Middle Eastern security state, a young Arab-Indian hacker shields his clients–dissidents, outlaws, Islamists, and other watched groups–from surveillance and tries to stay out of trouble. He goes by Alif–the first letter of the Arabic alphabet, and a convenient handle to hide behind. When Alif discovers The Thousand and One Days , the secret book of the jinn, which he suspects may unleash a new level of information technology, the stakes are raised and Alif must struggle for life or death, aided by forces seen and unseen.” 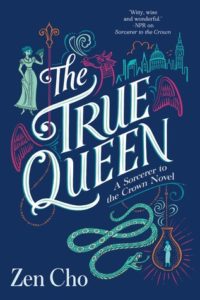 “When sisters Muna and Sakti wake up on the peaceful beach of the island of Janda Baik, they can’t remember anything, except that they are bound as only sisters can be. They have been cursed by an unknown enchanter, and slowly Sakti starts to fade away. The only hope of saving her is to go to distant Britain, where the Sorceress Royal has established an academy to train women in magic.”