We hope these selections serve to educate, celebrate, and encourage dialogue on the diverse nations, cultures, and experiences of Native peoples throughout North America. Celebrate Native American Heritage Month—and continue reading all year long—with nonfiction and fiction, from remembered histories to imagined futures, by Native authors. 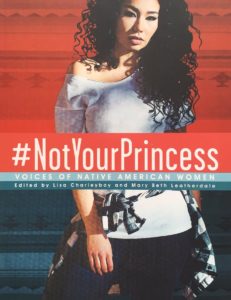 An eclectic collection of poems, essays, interviews, and art that combine to express the experience of being a Native woman. Stories of abuse, humiliation, and stereotyping are countered by the voices of passionate women making themselves heard and demanding change.

This anthology of stories is gathered from Indigenous women representing nations in the U.S. and Canada. 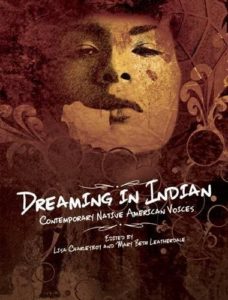 A powerful and visually stunning anthology from some of the most groundbreaking Native artists working in North America today. They address the effects of residential schools, calling out bullies through personal manifestos, and citing hopes for the future in their work.

All forty-six contributors represent nations in the U.S. and Canada. 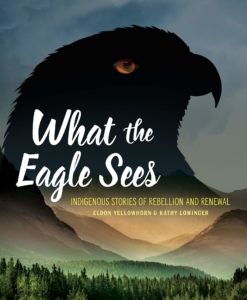 What the Eagle Sees: Indigenous Stories of Rebellion and Renewal by Eldon Yellowhorn

Stories of what Indigenous people did when invaders arrived on their homelands. What the Eagle Sees shares accounts of the people, places, and events that have mattered in Indigenous history from an an Indigenous viewpoint.

Eldon Yellowhorn is a member of the Piikani Nation. 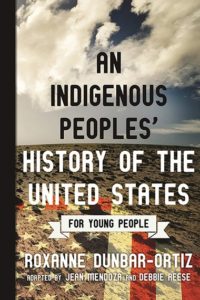 Going beyond the story of America as a country “discovered” by a few brave men in the “New World,” Indigenous human rights advocate Roxanne Dunbar-Ortiz reveals the roles that settler colonialism and policies of American Indian genocide played in forming our national identity.

Debbie Reese is tribally enrolled at Namb Owingeh, and grew up on Nambe’s reservation. 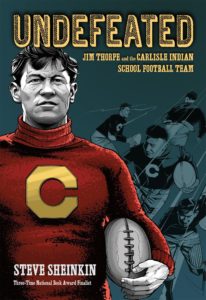 Superstar athlete Jim Thorpe and football legend Pop Warner forged one of the winningest teams in American football history. Called “the team that invented football,” they took on the best opponents of their day with genius plays and bone-crushing hard work. Undefeated takes a look at the persecution of Native Americans and its intersection with the beginning of one of the most beloved pastimes in America. 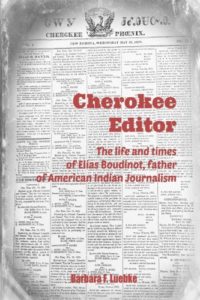 Part biography and part history, Cherokee Editor draws extensively on the pages of the Cherokee Phoenix to tell its story of one such man who guided the development of the first Indian newspaper and edited it during its early years. Many have heard of the role of the Navajo Code Talkers, but less well-known are the Sioux Code Talkers, who used the Lakota, Dakota, and Nakota dialects. This informative title explores not only the importance of the indigenous peoples to the war but also their culture and values. Follow the seven Sioux who put aside a long history of prejudice against their people and joined the fight against Japan.

Author Andrea M. Page is a member of the Standing Rock Sioux Tribe. 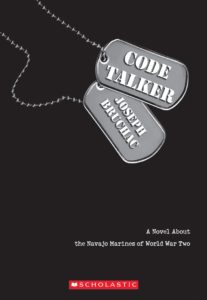 Code Talker: A Novel About the Navajo Marines of World War Two by Joseph Bruchac

After being taught in a boarding school run by whites that Navajo is a useless language, Ned Begay and other Navajo men are recruited by the Marines to become Code Talkers, sending messages during World War II in their native tongue. 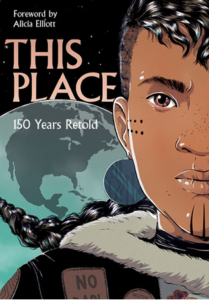 Explore the past 150 years through the eyes of Indigenous creators in this graphic novel anthology. These stories are an emotional and enlightening journey through Indigenous wonderworks, psychic battles, and time travel. See how Indigenous peoples have survived a post-apocalyptic world since Contact. 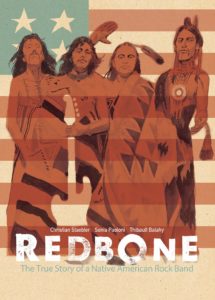 Brothers Pat and Lolly Vegas were talented Native American rock musicians that took the 1960s Sunset Strip by storm. Determined to control their creative vision and maintain their cultural identity, they eventually signed a deal with Epic Records in 1969. But as the American Indian Movement gained momentum the band took a stand, choosing pride in their ancestry over continued commercial reward. 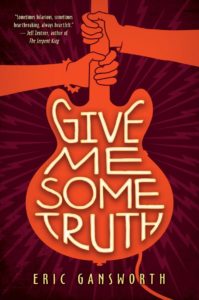 Give Me Some Truth by Eric L. Gansworth

In 1980 life is hard on the Tuscarora Reservation in upstate New York, and most of the teenagers feel like they are going nowhere. Carson and Maggi — along with their friend Lewis — will navigate loud protests, even louder music, and first love in this stirring novel about coming together in a world defined by difference. 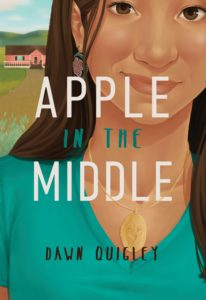 Apple in the Middle by Dawn Quigley

Apple Starkington turned her back on her Native American heritage the moment she was called a racial slur for someone of white and Indian descent, not that she really even knew how to be an Indian in the first place. Too bad the white world doesn’t accept her either. And so begins her quirky habits to gain acceptance while bouncing in the middle of two cultures.

Author Dawn Quigley is a citizen of the Turtle Mountain Band of Ojibwe, ND. 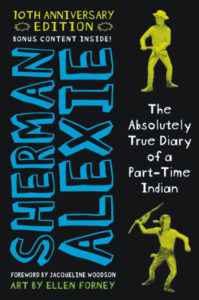 Budding cartoonist Junior leaves his troubled school on the Spokane Indian Reservation to attend an all-white farm town school where the only other Indian is the school mascot. Based on the author’s own experiences is a story of one Native American boy as he attempts to break away from the life he was destined to live. 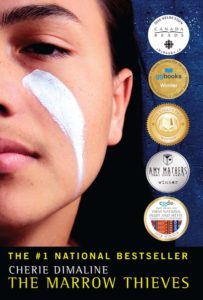 The Marrow Thieves by Cherie Dimaline

The indigenous people of North America are being hunted and harvested for their bone marrow, which carries the key to recovering something the rest of the population has lost: the ability to dream. In this dark world, Frenchie and his companions struggle to survive as they make their way up north to the old lands.

Author Cherie Dimaline is a Métis writer from the Georgian Bay Métis Nation in Canada. A Yellow Raft in Blue Water by Michael Dorris

A saga of three generations of Indian women, set apart by hardships and angry secrets, yet joined by the bonds of kinship. Starting in the present day and moving backward, the novel is told in the voices of the three women: fifteen-year-old Rayona, her mother Christine, and Ida, mother and grandmother.

Author Michael Dorris was the first Chair of the Native American Studies program at Dartmouth College. He married Louise Erdrich a writer who is an enrolled member of the Turtle Mountain Band of Chippewa Indians. 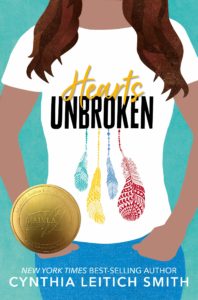 When Louise Wolfe’s first real boyfriend mocks and disrespects Native people in front of her, she breaks things off and dumps him. While spending her time working on the school newspaper she finds a major story to cover: the school musical director’s inclusive approach to casting The Wizard of Oz has been provoking backlash in their mostly white, middle-class Kansas town.

Author Cynthia Leitich Smith is a member of the Muscogee Creek Nation. 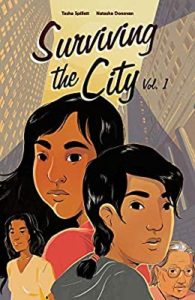 Surviving the City by Tasha Spillett-Sumner

Miikwan and Dez are best friends. Miikwan’s Anishinaabe; Dez is Inninew. Together, the teens navigate the challenges of growing up in an urban landscape. With the threat of a group home looming, Dez can’t bring herself to go home and disappears. Miikwan is devastated, and the wound of her missing mother resurfaces. Colonialism and the issue of Missing and Murdered Indigenous Women, Girls, and Two-Spirit People are explored.

Tasha Spillett-Sumner is of Nehiyaw and Trinidadian descent.