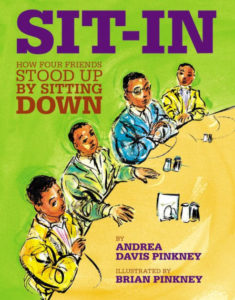 Sit-In: How Four Friends Stood Up by Sitting Down by Andrea Davis Pinkney

Andrea Davis Pinkney captures the courage of “four college students that staged a peaceful protest that became a defining moment in the struggle for racial equality and the growing civil rights movement” Vibrant and poignant images fill the pages, calling for reflection on activism in the face of racial injustice.

Get this title: Book, Audiobook. 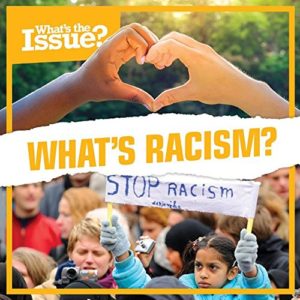 What is Racism by Amy B. Rogers

This book “provides information on racial inequality, whether races actually exist, stereotyping, historical developments, the role of fear in stimulating prejudice, recent developments, and the importance of communication across group boundaries” in a manner accessible to youth. 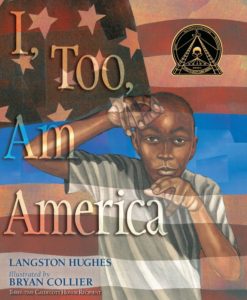 I, Too, Am America by Langston Hughes

Illustrator Bryan Collier’s inspirational collages capture poet Langston Hughes’ call for equality. Langston’s short, profound versus remind us to reflect on what holds us apart and what unites us. 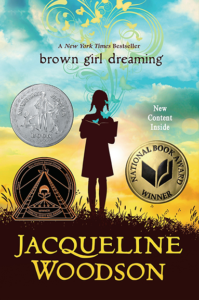 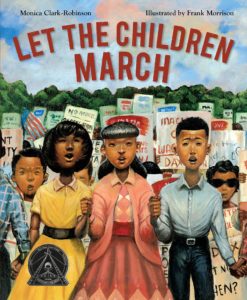 In Birmingham, Alabama, in 1963, children and teenagers gathered with great courage to raise their voices against discrimination after hearing the inspirational words of Dr. Martin Luther King Jr. Illustrator Frank Morrison creates additional depth with his oil paintings which capture the bravery in rich, bright detail. 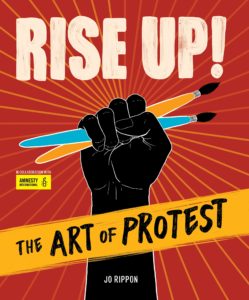 Rise Up! The Art of Protest by Jo Rippon

A collection of artwork from peaceful protests around the world, this book was created in collaboration with Amnesty International. It explores the art and messages of communities fighting for justice within our society. 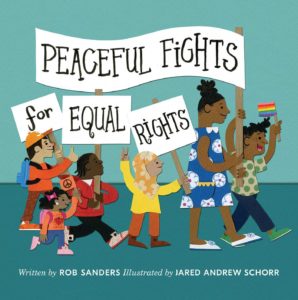 Using the ABCs and simple sentences, Sanders is able to take broad concepts and create relatable actions. Geared towards young readers, this book’s colorful illustrations highlight how we can all raise our voices in defense of human rights.

Get this item: Book. 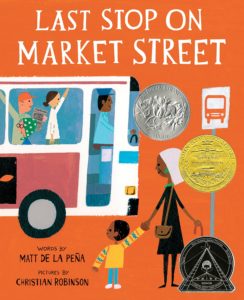 A young boy travels on the bus with his grandmother. As the he observes the world around him, his grandmother patiently answers his questions. This book, with its vibrant illustrations, subtly asks the reader to reflect on community building. 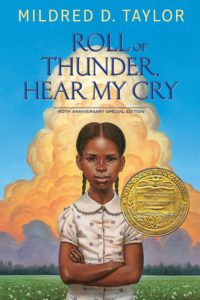 Roll of Thunder, Hear My Cry by Mildred D. Taylor

Cassie, a young girl, lives with her family in Mississippi during the Depression of the 1930s.
Faced with discrimination and prejudice which she does not fully understand, Cassie begins to find strength in her own voice. 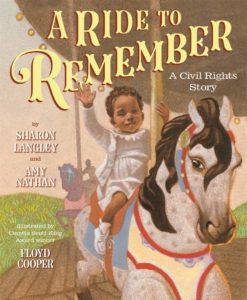 A Ride to Remember: A Civil Rights Story by Sharon Langley

In the Summer of 1963, a Maryland community fought to end the segregation of its amusement park. Sharon and her family are the first African Americans to enter the park, once desegregation is achieved, and Sharon is the first to ride the merry-go-round. 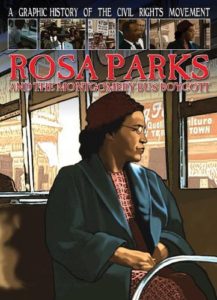 Rosa Parks and the Montgomery Bus Boycott by Gary Jeffrey 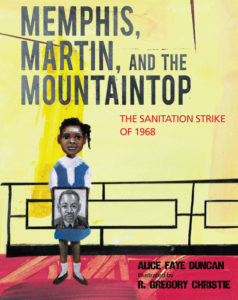 Memphis, Martin, and the mountaintop: the sanitation strike of 1968 by Alice Faye Duncan

Lorraine Jackson’s father was a sanitation worker who participated in the Memphis sanitation strike in 1968. A witness to the courage of the workers and the leadership of Dr. Martin Luther King, Jr., this young girl’s story is captured in poetry and prose.