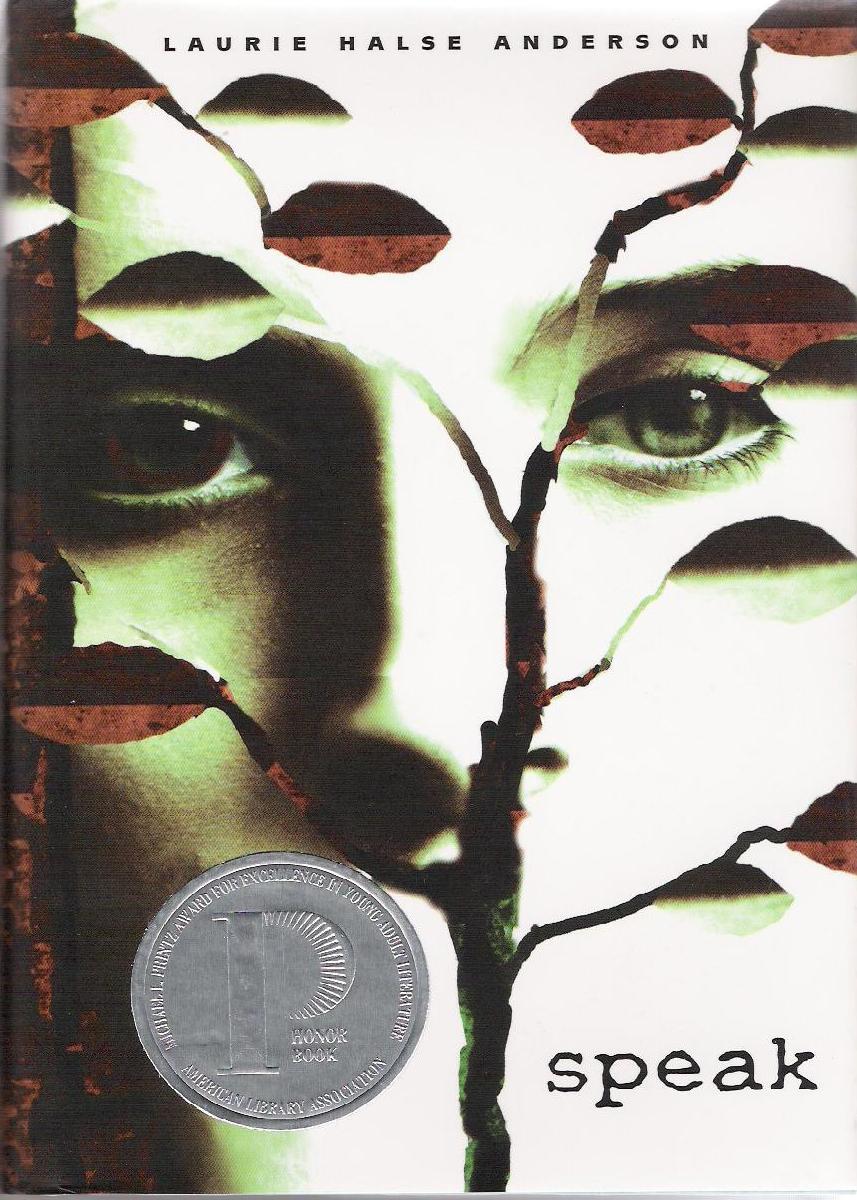 Melinda starts high school at the absolute bottom of the social ladder, and it’s only downhill from there.  Her friends from last year have all abandoned her, and even the new girl doesn’t want anything to do with her.  Melinda copes by not coping, hiding in an unused janitor’s closet, ignoring her classes and homework, and avoiding the creature she calls IT.  Her only solace besides escaping entirely is her art class, where her assignment for the year is tree.  As she struggles with trees, Melinda also struggles with what IT did the night her friends deserted her, how to move past it, and resume growing.

Speak is a character-driven, issue-oriented novel that has a lot going on:  it has angst and humor; it’s sardonic and sobering; it’s full of bleakness and hope.  Anderson writes about Melinda’s experiences with authenticity and sincerity, creating a well-developed protagonist who is awkward, brooding, sarcastic – and damaged – and with whom readers will sympathize.  Melinda is very aware of her flaws and views herself through the same lens of satirical wit that she uses on the rest of her world, making her more likeable to readers, though not any less prickly to her family or classmates.  Many of these other characters are rather two-dimensional, but this is as much because Melinda needs to see them that way as it is because of Anderson’s writing.  Anderson examines the difficult aftermath of trauma thoughtfully.  While the novel can get heavy, she doesn’t allow it to become bogged down in the morose.  Instead, she lightens the mood with witty observations about life, and especially high school, that are all the funnier for feeling true.