One Community, Many Voices: A Grade School Reading List 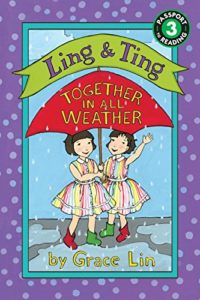 Ling and Ting: Together in All Weather by Grace Lin

Ling and Ting are funny twin sisters who are Asian American.  Their humorous short stories are just the right length for newly independent readers who are almost ready for chapter books. This volume cover their antics in each season of the year. The author is a Tiawanese-American author and illustrator. Check out the other books in the series to read of the further adventures of Ling and Ting. 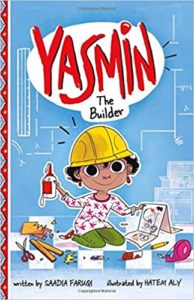 Yasmin the Builder by Saadia Faruqi

Yasmin is spirited and creative and boldly faces challenges that arise in her everyday life. She is in second grade and part of a multigenerational Pakistani-American family. In this book and the others in the Yasmin series, the Pakistani-American author weaves Muslim traditions into the stories for newly independent readers. 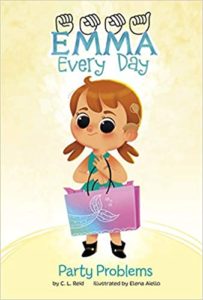 Emma is an 8-year-old girl who is excited about attending her best friend’s birthday party. She is also a little nervous because she is deaf and uses sign language. She has a cochlear implant but it doesn’t work well in noisy situations. ASL fingerspelling charts are included. The author has been deaf-blind since childhood, received a cochlear implant as an adult to help her hear, and she uses American Sign Language to communicate. Check out more of Emma’s adventures in the other books in the series. 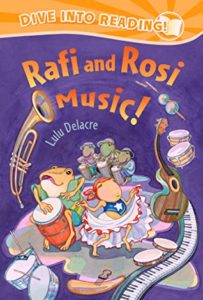 Rafi and Rosi are two curious tree frogs exploring the  music traditions of their home island, Puerto Rico. The author is a native of Puerto Rico and has written more Rafi and Rosi books that further explore the adventures of the brother and sister tree frogs. 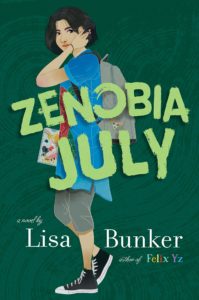 Zen is looking to start over after moving in with her aunts. With an identity that had previously been kept online, Zen is slowly coming out of her shell. The trouble is, her new school’s website has been hacked and filled with hateful messages. As she uses her hacking skills to uncover the identity of these bullies, she learns about identity, friendship, and living openly as her true gender. Lisa Bunker is an author and was elected as one of New Hampshire’s first transgender state legislators. 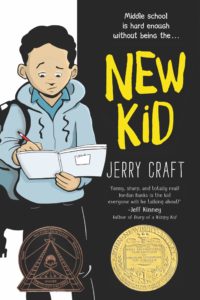 Stereotypes and expectations can be difficult, especially when they come from your peers. New Kid by Jerry Craft tells the story of 12 year old Jordan Banks during his first year at the private Riverdale Academy Day School. Dealing with microaggressions, race issues, as well as friendships, identity, and growing up, Jordan learns what it means to become a new kid. Jerry Craft is an African American graphic novelist and children’s book author. 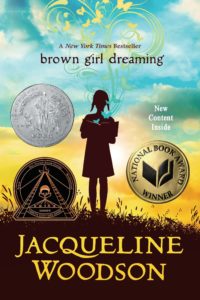 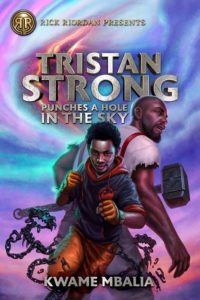 Tristan Strong Punches a Hole in the Sky by Kwame Mbalia

After the tragic accident that resulted in his best friend’s deaths, Tristan Strong is sent to Alabama to spend time with his grandparents to “recover”. When a strange creature attempts to steal the journal left to Tristan from his friend, a chase ensues that results in Tristan punching a hole in the MidPass. African American folklore and African diasporic heroes clash in a fantasy realm that Tristan must rise to occasion and save. Kwame Mbalia is an African American author. 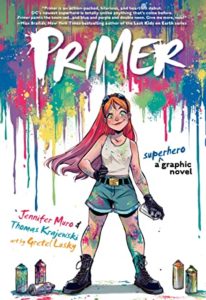 Overcoming the stereotype of being just another troubled foster kid, Ashley Rayburn uses her new found colorful superpowers to embrace her identity, save the world, and even plant roots with her new foster parents and school friends. Jennifer Muro is an American author with a mission to create strong and empowering female characters across all media outlets. 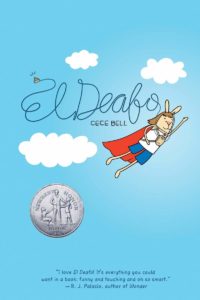 When Cece discovers that her Phonic Ear can actually hear a lot more than she intended to, she decides to see her standout hearing aid as a superpower. Trouble is, even superheroes can feel lonely without friends. In this graphic novel based on author Cece Bell’s life dealing with hearing loss, Cece learns to embrace herself and make friends. 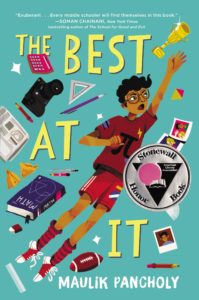 The Best At It by Maulik Pancholy

Rahul Kapoor is using the 7th grade to embrace his gay identity and come into his own. Bullies and secret crushes won’t get in his way after taking to heart his grandfather’s advice of finding one thing and becoming the best at it. Maulik Pancholy is a gay, Indian American author and actor. 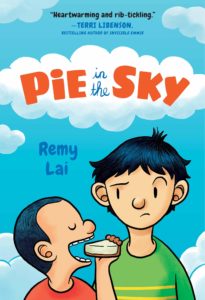 Pie in The Sky by Remi Lai

Jingwen feels isolated since his move from China to Australia. Not speaking English also makes being the new kid incredibly difficult. With the recent loss of his father, all he wants to do is bake cakes for the fictional bakery he and his dad were going to one day create. With his mother’s restrictions on oven use, Jingwen and his brother Yanghao must bake their creations in secret, all while dealing with their grief and issues of identity. The author, Remi Lai, also immigrated from Singapore to Australia at a young age. 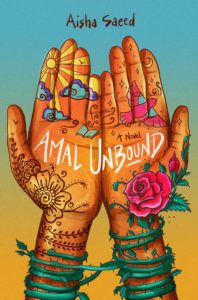 Amal Unbound tells the story of a twelve year old girl growing up in a small village in Pakistan. With familial responsibilities falling onto her shoulders, Amal learns of the gender roles and societal obstacles she must face in pursuit of her educational goals. Aisha Saeed is a Pakistani American author and founding member of the We Need Diverse Books nonprofit. 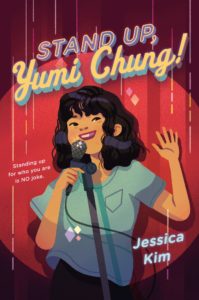 When the opportunity to take part in a comedy camp for kids presents itself to Yumi, she can’t help but overlook the fact that everyone there thinks her name is Kay Nakamura. While suffering from shyness as well as the onslaught of racially charged jokes against her and her family’s Korean barbecue restaurant, Yumi seizes the opportunity to be someone else and use the collection of comedic gold she’s been saving away from the rest of the world. Can she keep up the act? Jessica Kim is a Korean American author. 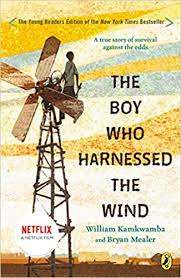 The Boy Who Harnessed the Wind by William Kamkwamba

Born in Malawi, William Kamkwamba defied the majority who called him crazy and brought renewable energy to his community. Through study of old textbooks, collection of metal scraps, and perseverance, William revealed what education and hard work can accomplish. It’s true that sometimes just one person can change a village. 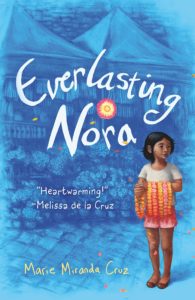 Nora, a 12 year old Filipino girl whose family has been pulled apart by tragedy and poverty, shows remarkable resilience in the face of these obstacles, and reveals the strength a person can gather from the support of their community. On a journey to find her missing mother, Nora reveals the rich culture and beauty found throughout Manila. Miranda Marie Cruz is a Filipino American author. 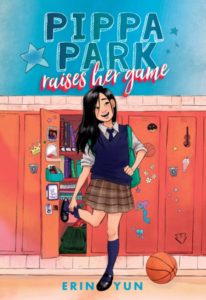 Like most kids, Pippa finds it tough to balance expectations of her at home and at school. But when fitting in with her cool new basketball team friends is interrupted by hateful messages that are spread about her and her Korean heritage, Pippa begins to wonder if it’s even worth trying to set the record straight. In a story about finding one’s identity and loving yourself, Pippa Park achieves exactly that. Erin Yun is a half Korean, half Polish/Germanic author who borrowed from her personal experiences playing basketball in middle school. 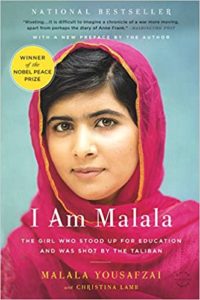 I am Malala: How One Girl Stood Up for Education and Changed the World by Malala Yousafzai

This autobiography by Pakistani activist Malala Yousafzai reveals the struggles that still exist for girls to receive an education and the prices some pay to stand up for what they believe in. When Malala spoke out against the regime limiting this accessibility, it almost cost her her life. The book details her recovery from the terrorist attack as well as how family and the power of perseverance can change the world.