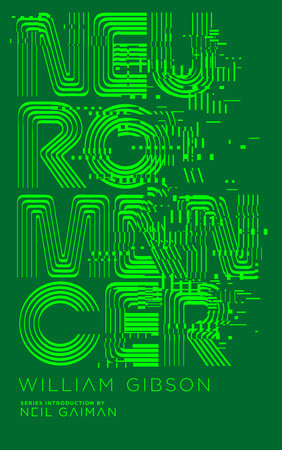 Neuromancer is the cyberpunk novel.  Published in 1984, it both popularized the genre and is the genre’s most essential work.  It tells the story of a cyberspace cowboy named Case, on the verge of self-destruction in the Chiba City underworld, who is plucked from his downward spiral by a mysterious man named Armitage and his hired razorgirl Molly to take part in a series of dangerous heists, culminating in a run on the obscenely wealthy and very secretive Tessier-Ashpool clan compound.

William Gibson would go on two more loosely connected books in his “sprawl trilogy”, Count Zero and Mona Lisa Overdrive, but despite the shared setting the books stand alone. Originally published in 1984, this sci-fi classic holds up well, showcasing incredibly vivid language, imagery, and characters in a profoundly imaginative setting that some believe influenced the future rather than just predicting it.  Highly recommended for anyone with an interest in Science Fiction or heists plots or wildly imaginative worlds.