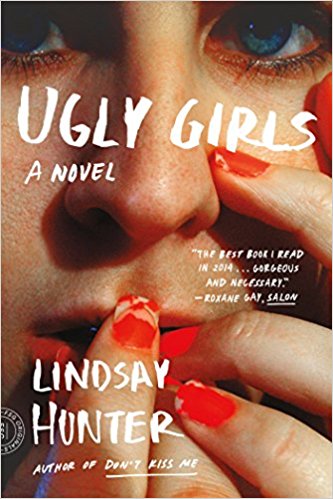 Perry and Baby Girl are as thick as thieves. They both act out to relieve the stress of their adolescent lives. Baby Girl cares for her older brother Charles, who suffered brain damage in a motorcycle accident. She emulates his former self by being as hard and brazen as possible. Perry lives in a trailer park with her stepfather Jim, an overnight guard at the local prison, and her alcoholic mother,  Myra. While she likes the idea of doing right, Perry can’t stand the stillness of a night at home and regularly sneaks out to joyride with Baby Girl. They’re passing their time cutting class, shoplifting, stealing cars, etc., when both are simultaneously contacted by an alleged high school student from a neighboring town, Jamey. Through text messages and online chat he tries to convince the girls to meet up with him. Unbeknownst to them, Jamey has been watching their every move. He is not who he claims, and his pining for Perry is a dangerous obsession.

Despite being incredibly gritty, the story is suspenseful and fun to read. It has coarse, unfiltered characters that make the reader question who is the villain and who is the victim. Perspective rotates between Baby Girl, Perry, Jamey, Jim and Myra. The telling of their interactions revels in the seedy underbelly of human nature and is not for the faint of heart. Baby Girl and Perry’s ‘friendship’ is based not on mutual affection but on miseries they share: poverty, and unstable home lives, and teen angst. It festers in the milieu of boredom and depths that individuals can sink to to manipulate and hurt. Hunter uses poignant, beautiful language to describe people, places, and smells that are twisted, dark, and uncomfortably relatable. In doing so she shows us our motivations, revulsions, and dark impulses are all the same.