The World from Up Here 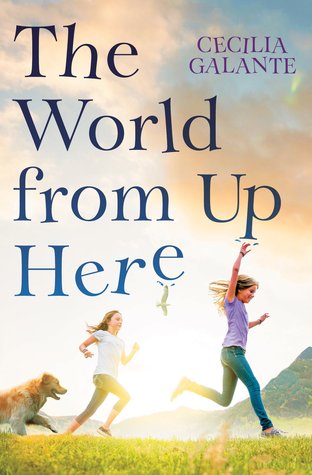 Wren is an anxious twelve-year-old with many fears, especially of Witch Weatherly, the legendary old woman who lives by herself up on Creeper Mountain. When Wren’s mother is admitted to the hospital for anxiety and depression, she and her younger brother temporarily move in with their aunt and cousin who have just moved back to town. Silver, Wren’s cousin, is already very popular at school. She is carefree and daring – the opposite of Wren. Silver is intrigued by the legend of Witch Weatherly, and convinces Wren to take the ultimate risk – hike with her up the dreaded Creeper Mountain to see the old woman for herself.

Wren is pushed to take risks and fight through her fears. She discovers she is braver than she thought, and comes to realize that her cousin has fears of her own to deal with. The treacherous hike deepens their friendship, and the girls both learn to face what scares them and realize that bravery does not mean the absence of fear. Secrets are uncovered, and Wren gains insights into both Witch Weatherly and her mother’s illness.

This is an uplifting, realistic family story in which themes of mental illness and divorce are balanced by those of friendship and self-esteem.