Right to Read: A Reading List for Children and Families

We hope these selections of books serve to educate and encourage a dialogue on the right to education and right to read.  ALA’s Office of Intellectual Freedom compiles a list of challenged books in order to inform the public about censorship efforts that affect libraries and schools, to learn more about challenges to our right to read, click on the link here. 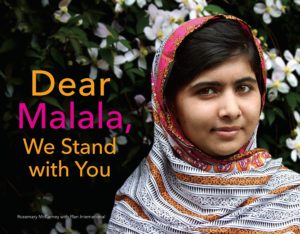 Dear Malala, We Stand with You by Rosemary McCarney

An inspiring letter to Malala Yousafzai, winner of the 2014 Nobel Peace Prize, that is both a show of support and a call to action for girls around the world. Malala became the youngest person to win the Nobel Peace Prize after she survived being shot in the head by the Taliban for speaking out in favor of a girl’s right to an education. She survived this brutal attack and has emerged as a very powerful voice for social justice in the world. Dear Malala, We Stand with You captures the impact Malala has had on girls from all walks of life. In powerfully simple language and stunning photographs, the struggles from poverty and violence faced by girls everywhere become a catalyst for change. The book includes an excerpt from Malala’s UN speech and provides readers with ways they can help and participate. Malala’s bravery has shown that one person and one voice is enough to change the world. 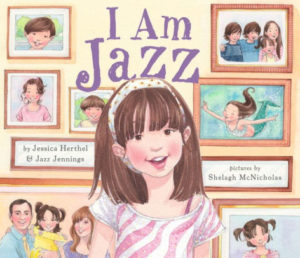 I am Jazz by Jessica Herthel and Jazz Jennings

From the time she was two years old, Jazz knew that she had a girl’s brain in a boy’s body. She loved pink and dressing up as a mermaid and didn’t feel like herself in boys’ clothing. This confused her family, until they took her to a doctor who said that Jazz was transgender and that she was born that way. Jazz’s story is based on her real-life experience and she tells it in a simple, clear way that will be appreciated by picture book readers, their parents, and teachers.

This book was added to the ALA Office of Intellectual Freedom’s list of challenged books in 2019.  This book was challenged and relocated for LGBTQIA+ content, for a transgender character, and for confronting a topic that is “sensitive, controversial, and politically charged.” 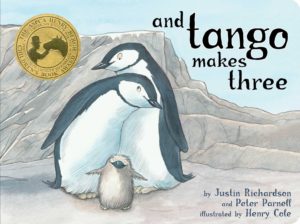 And Tango Makes Three by Peter Parnell and Justin Richardson

At the penguin house at the Central Park Zoo, two penguins named Roy and Silo were a little bit different from the others. But their desire for a family was the same. And with the help of a kindly zookeeper, Roy and Silo got the chance to welcome a baby penguin of their very own. 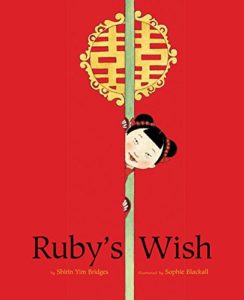 Ruby is unlike most little girls in old China. Instead of aspiring to get married, Ruby is determined to attend university when she grows up, just like the boys in her family. Based upon the inspirational story of the author’s grandmother and accompanied by richly detailed illustrations, Ruby’s Wish is an engaging portrait of a young girl who’s full of ambition and the family who rewards her hard work and courage. 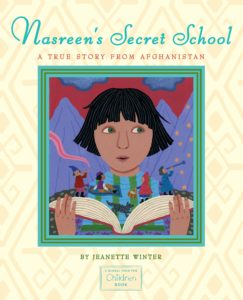 Young Nasreen has not spoken a word to anyone since her parents disappeared. In despair, her grandmother risks everything to enroll Nasreen in a secret school for girls. Will a devoted teacher, a new friend, and the worlds she discovers in books be enough to draw Nasreen out of her shell of sadness? Based on a true story from Afghanistan, this inspiring book will touch readers deeply as it affirms both the life-changing power of education and the healing power of love.

This book was added to the ALA Office of Intellectual Freedom’s list of challenged books in 2015. This book was challenged for religious viewpoint, unsuited to age group, and violence. 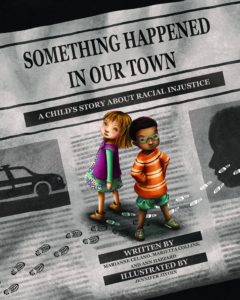 Something Happened in Our Town: A Child’s Story About Racial Injustice by Marianne Celano, Marietta Collins, and Ann Hazzard

Emma and Josh heard that something happened in their town. A Black man was shot by the police. Something Happened in Our Town follows two families — one White, one Black — as they discuss a police shooting of a Black man in their community. The story aims to answer children’s questions about such traumatic events, and to help children identify and counter racial injustice in their own lives. Includes an extensive Note to Parents and Caregivers with guidelines for discussing race and racism with children, child-friendly definitions, and sample dialogues.

This book was added to the ALA Office of Intellectual Freedom’s list of challenged books in 2020. This book was challenged for  “divisive language” and because it was thought to promote anti-police views. 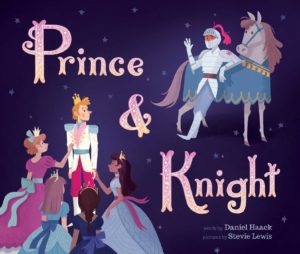 In this modern fairy tale, a noble prince and a brave knight come together to defeat a terrible monster and in the process find true love in a most unexpected place.
Once upon a time, in a kingdom far from here, there was a prince in line to take the throne, so his parents set out to find him a kind and worthy bride. The three of them traveled the land far and wide, but the prince didn’t quite find what he was looking for in the princesses they met. While they were away, a terrible dragon threatened their land, and all the soldiers fled. The prince rushed back to save his kingdom from the perilous beast and was met by a brave knight in a suit of brightly shining armor. Together they fought the dragon and discovered that special something the prince was looking for all along. This book is published in partnership with GLAAD to accelerate LGBTQ inclusivity and acceptance.

This book was added to the ALA Office of Intellectual Freedom’s list of challenged books in 2019.  This book was challenged and restricted for featuring a gay marriage and LGBTQIA+ content; for being “a deliberate attempt to indoctrinate young children” with the potential to cause confusion, curiosity, and gender dysphoria; and for conflicting with a religious viewpoint. 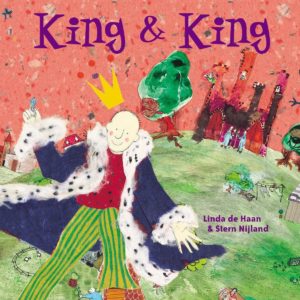 The Crown Kitty and Friends Cordially Invite You to Celebrate a Royal Wedding Reception to follow in the Royal Gardens Bring Lots of Presents. 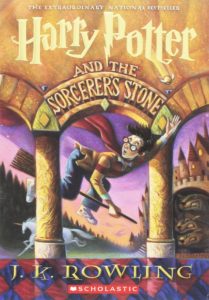 Harry Potter and the Sorcerer’s Stone by JK Rowling

Harry Potter has no idea how famous he is. That’s because he’s being raised by his miserable aunt and uncle who are terrified Harry will learn that he’s really a wizard, just as his parents were. But everything changes when Harry is summoned to attend an infamous school for wizards, and he begins to discover some clues about his illustrious birthright. From the surprising way he is greeted by a lovable giant, to the unique curriculum and colorful faculty at his unusual school, Harry finds himself drawn deep inside a mystical world he never knew existed and closer to his own noble destiny.

The entire series was added to the ALA Office of Intellectual Freedom’s list of challenged books in 2003.  This series was challenged for occult/Satanism.