Social Justice in Poetry & Verse: A Reading List for Teens

We hope these selections of poetry and books in verse serve to educate and encourage a dialogue on topics of social justice. 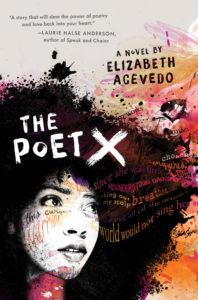 Xiomara Batista feels unheard and unable to hide in her Harlem neighborhood. Ever since her body grew into curves, she has learned to let her fists and her fierceness do the talking. But Xiomara has plenty she wants to say, and she pours all her frustration and passion onto the pages of a leather notebook. With Mami’s determination to force her daughter to obey the laws of the church, Xiomara understands that her thoughts are best kept to herself. So when she is invited to join her school’s slam poetry club, she doesn’t know how she could ever attend without her mami finding out. But she still can’t stop thinking about performing her poems. Every Body Looking by Candice Iloh

When Ada leaves home for her freshman year at a historically Black college, it’s the first time she’s ever been so far from her family—and the first time that she’s been able to make her own choices and to seek her place in this new world. As she stumbles deeper into the world of dance and explores her sexuality, she also begins to wrestle with her past—her mother’s struggle with addiction, her Nigerian father’s attempts to make a home for her. Ultimately, Ada discovers she needs to brush off the destiny others have chosen for her and claim full ownership of her body and her future. 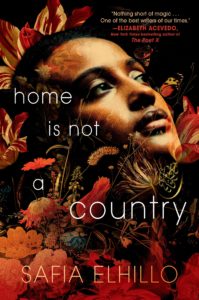 Home Is Not a Country by Safia Elhillo

Woven through with moments of lyrical beauty, this is a tender meditation on family, belonging, and home. Nima doesn’t feel understood by her mother, who grew up in a different land. She doesn’t feel accepted in her suburban town; yet somehow, she isn’t different enough to belong elsewhere. Her best friend, Haitham, is the only person with whom she can truly be herself. Until she can’t, and suddenly her only refuge is gone. As the ground is pulled out from under her, Nima must grapple with the phantom of a life not chosen—the name her parents meant to give her at birth—Yasmeen. But that other name, that other girl, might be more real than Nima knows. And the life Nima wishes were someone else’s…is one she will need to fight for with a fierceness she never knew she possessed. 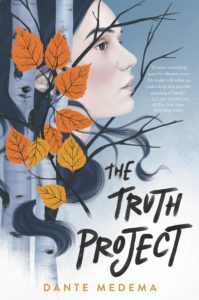 The Truth Project by Dante Medema

Seventeen-year-old Cordelia Koenig intended to breeze through her senior project. While her peers stressed, Cordelia planned to use the same trace-your-roots genealogy idea her older sister used years prior. And getting partnered with her longtime crush, Kodiak Jones, is icing on the cake. All she needs to do is mail in her DNA sample, write about her ancestry results, and get that easy A. But when Cordelia’s GeneQuest results reveal that her father is not the person she thought he was, but a stranger who lives thousands of miles away, her entire world shatters. Now she isn’t sure of anything—not the mother who lied, the man she calls Dad, or the girl staring back at her in the mirror. 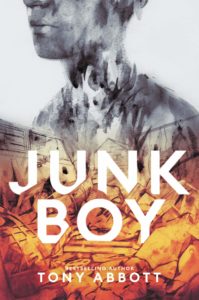 Junk. That’s what the kids at school call Bobby Lang, mostly because his rundown house looks like a junkyard, but also because they want to put him down. Trying desperately to live under the radar at school—and at the home he shares with his angry, neglectful father—Bobby develops a sort of proud loneliness. Life grinds along quietly and hopelessly for Bobby until he meets Rachel. Rachel is an artist who sees him in a way no one ever has. Maybe it’s because she has her own kind of junk, and a parent who hates what Rachel is: gay. Together the two embark on journeys to clean up the messes that fill their lives, searching against all odds for hope and redemption. If I Tell You the Truth by Jasmin Kaur

Kiran flees her home in Punjab for a fresh start in Canada after a sexual assault leaves her pregnant. But overstaying her visa and living undocumented brings its own perils for both her and her daughter, Sahaara. Sahaara would do anything to protect her mother. When she learns the truth about Kiran’s past, she feels compelled to seek justice—even if it means challenging a powerful and dangerous man. 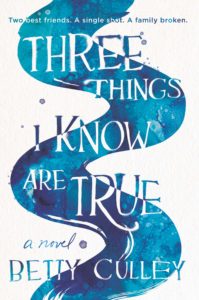 Three Things I Know Are True by Betty Culley

Life changes forever for Liv when her older brother, Jonah, accidentally shoots himself with his best friend Clay’s father’s gun. Now Jonah needs round-the-clock care just to stay alive, and Liv feels like she’s the only person who can see that her brother is still there inside his broken body. With Liv’s mom suing Clay’s family, there are divisions in the community that Liv knows she’s not supposed to cross. But Clay is her friend, too, and she refuses to turn away from him—just like she refuses to give up on Jonah. 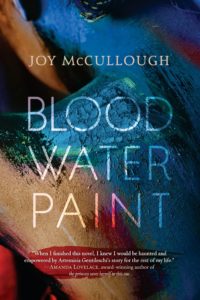 Based on the true story of the iconic painter, Artemisia Gentileschi. Her mother died when she was twelve, and suddenly Artemisia Gentileschi had a stark choice to make—a life as a nun in a convent or a life grinding pigment for her father’s paint. She chose paint. By the time she was seventeen, Artemisia was one of Rome’s most talented painters, even if no one knew her name. But Rome in 1610 was a city where men took what they wanted from women, and in the aftermath of rape Artemisia faced another terrible choice—a life of silence or a life of truth, no matter the cost. McCullough weaves Artemisia’s heartbreaking story with the stories of the ancient heroines, Susanna and Judith, who become not only the subjects of two of Artemisia’s most famous paintings but sources of strength as she battles to paint a woman’s timeless truth in the face of unspeakable and all-too-familiar violence. Poet Nikki Grimes explores the truth of a harrowing childhood in a compelling and moving memoir in verse. Growing up with a mother suffering from paranoid schizophrenia and a mostly absent father, Nikki Grimes found herself terrorized by babysitters, shunted from foster family to foster family, and preyed upon by those she trusted. At the age of six, she poured her pain onto a piece of paper late one night—and discovered the magic and impact of writing. For many years, Nikki’s notebooks were her most enduring companions. In this accessible and inspiring memoir that will resonate with young readers and adults alike, Nikki shows how the power of those words helped her conquer the hazards. 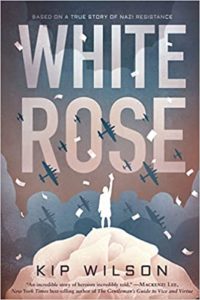 Based on the incredible story of Sophie Scholl, a young German college student who challenged the Nazi regime during World War II as part of The White Rose, a non-violent resistance group. Disillusioned by the propaganda of Nazi Germany, Sophie Scholl, her brother, and his fellow soldiers formed the White Rose, a group that wrote and distributed anonymous letters criticizing the Nazi regime and calling for action from their fellow German citizens. The following year, Sophie and her brother were arrested for treason and interrogated for information about their collaborators. This debut novel recounts the lives of Sophie and her friends and highlights their brave stand against fascism in Nazi Germany. 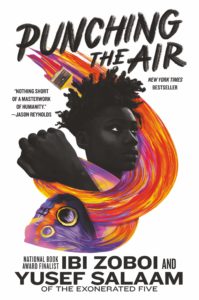 Punching the Air by Ibi Zoboi and Yusef Salaam

Amal Shahid has always been an artist and a poet. But even in a diverse art school, because of a biased system he’s seen as disruptive and unmotivated. Then, one fateful night, an altercation in a gentrifying neighborhood escalates into tragedy. “Boys just being boys” turns out to be true only when those boys are white. Suddenly, at just sixteen years old, Amal is convicted of a crime he didn’t commit and sent to prison. Despair and rage almost sink him until he turns to the refuge of his words, his art. 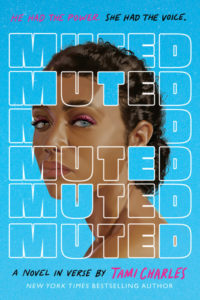 For seventeen-year-old Denver, music is everything. Writing, performing, and her ultimate goal: escaping her very small, very white hometown. So Denver is more than ready on the day she and her best friends Dali and Shak sing their way into the orbit of the biggest R&B star in the world, Sean “Mercury” Ellis. Merc gives them everything: parties, perks, wild nights—plus hours and hours in the recording studio. Denver begins to realize that she’s trapped in Merc’s world, struggling to hold on to her own voice. As the dream turns into a nightmare, she must make a choice: lose her big break, or get broken. 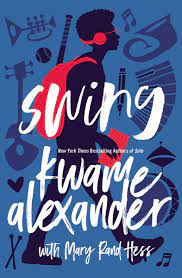 Best friends Noah and Walt are far from popular, but Walt has a plan that includes wooing the girls of their dreams and becoming amazing athletes. Never mind he and Noah failed to make their baseball team yet again, and Noah’s crush since third grade, Sam, has him firmly in the friend zone. While Walt focuses on his program of jazz, podcasts, batting cages, and a “Hug Life” mentality, Noah feels stuck in status quo…until he stumbles on a stash of old love letters. Each one contains words Noah’s always wanted to say to Sam, and he begins secretly creating artwork using the lines that speak his heart. But when his art becomes public, Noah has a decision to make: continue his life in the dugout and possibly lose the girl forever, or take a swing and finally speak out. At the same time, American flags are being left around town. While some think it’s a harmless prank and others see it as a form of protest, Noah can’t shake the feeling something bigger is happening to his community. Especially after he witnesses events that hint divides and prejudices run deeper than he realized. 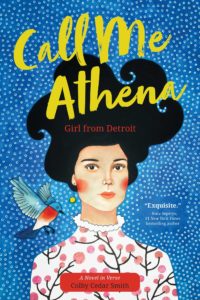 The story follows Mary as the American-born daughter of Greek and French immigrants living in Detroit in the 1930s, creating a historically accurate portrayal of life as an immigrant during the Great Depression, hunger strikes, and violent riots. Mary lives in a tiny apartment with her immigrant parents, her brothers, and her twin sister, and she questions why her parents ever came to America. She yearns for true love, to own her own business, and to be an independent, modern American woman—much to the chagrin of her parents, who want her to be a “good Greek girl.” Mary’s story is peppered with flashbacks to her parents’ childhoods in Greece and northern France; their stories connect with Mary as they address issues of arranged marriage, learning about independence, and yearning to grow beyond one’s own culture. 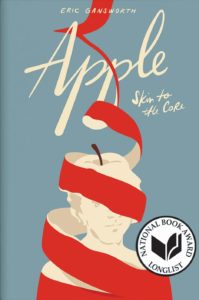 Apple (Skin to the Core) by Eric Gansworth

The term “apple” is a slur in Native communities across the country. It’s for someone supposedly “red on the outside, white on the inside.” In Apple (Skin to the Core), Eric Gansworth tells his story, the story of his family—of Onondaga among Tuscaroras—and Native folks everywhere. From the horrible legacy of the government boarding schools, to a boy watching his siblings leave and return and leave again, to a young man fighting to be an artist who balances multiple worlds. Eric shatters that slur and reclaims it in verse and prose and imagery that truly lives up to the word heartbreaking.