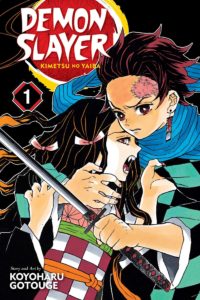 Tanjiro sets out on the path of the Demon Slayer to save his sister and avenge his family!

In Taisho-era Japan, kindhearted Tanjiro Kamado makes a living selling charcoal. But his peaceful life is shattered when a demon slaughters his entire family. His little sister Nezuko is the only survivor, but she has been transformed into a demon herself! Tanjiro sets out on a dangerous journey to find a way to return his sister to normal and destroy the demon who ruined his life.

Learning to destroy demons won’t be easy, and Tanjiro barely knows where to start. The surprise appearance of another boy named Giyu, who seems to know what’s going on, might provide some answers—but only if Tanjiro can stop Giyu from killing his sister first! 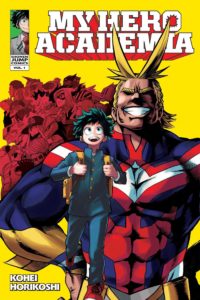 My Hero Academia by Kohei Horikoshi

What would the world be like if 80 percent of the population manifested superpowers called “Quirks”? Heroes and villains would be battling it out everywhere! Being a hero would mean learning to use your power, but where would you go to study? The Hero Academy of course! But what would you do if you were one of the 20 percent who were born Quirkless?

Middle school student Izuku Midoriya wants to be a hero more than anything, but he hasn’t got an ounce of power in him. With no chance of ever getting into the prestigious U.A. High School for budding heroes, his life is looking more and more like a dead end. Then an encounter with All Might, the greatest hero of them all, gives him a chance to change his destiny… 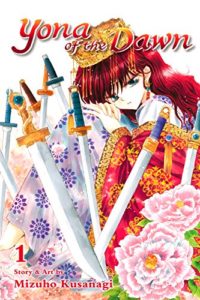 Yona of the Dawn by Mizuho Kusanagi

A red-haired princess loses her family and her kingdom… Now she must rise and fight for her throne!

Princess Yona lives an ideal life as the only princess of her kingdom. Doted on by her father, the king, and protected by her faithful guard Hak, she cherishes the time spent with the man she loves, Su-won. But everything changes on her 16th birthday when tragedy strikes her family!

Yona reels from the shock of witnessing a loved one’s murder and having to fight for her life. With Hak’s help, she flees the palace and struggles to survive while evading her enemy’s forces. But where will this displaced princess go when all the paths before her are uncertain? 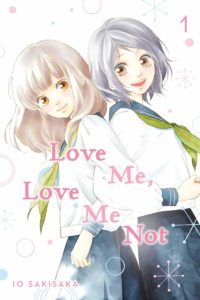 Love Me, Love Me Not by Io Sakisaka

Fast friends Yuna and Akari are complete opposites—Yuna is an idealist, while Akari is a realist. When lady-killer Rio and the oblivious Kazuomi join their ranks, love and friendship become quite complicated! 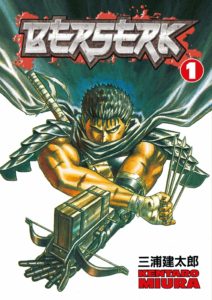 Created by Kentaro Miura, Berserk is manga mayhem to the extreme – violent, horrifying, and mercilessly funny – and the wellspring for the internationally popular anime series. Not for the squeamish or the easily offended, Berserk asks for no quarter – and offers none!
His name is Guts, the Black Swordsman, a feared warrior spoken of only in whispers. Bearer of a gigantic sword, an iron hand, and the scars of countless battles and tortures, his flesh is also indelibly marked with The Brand, an unholy symbol that draws the forces of darkness to him and dooms him as their sacrifice. But Guts won’t take his fate lying down; he’ll cut a crimson swath of carnage through the ranks of the damned – and anyone else foolish enough to oppose him! Accompanied by Puck the Elf, more an annoyance than a companion, Guts relentlessly follows a dark, bloodstained path that leads only to death…or vengeance. 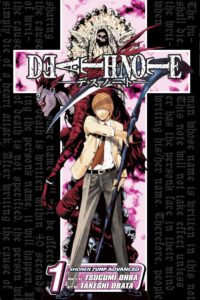 When Light Yagami finds a notebook giving him power over death, will he use it for good—or evil?

Light Yagami is an ace student with great prospects–and he’s bored out of his mind. But all that changes when he finds the Death Note, a notebook dropped by a rogue Shinigami death god. Any human whose name is written in the notebook dies, and now Light has vowed to use the power of the Death Note to rid the world of evil. But when criminals begin dropping dead, the authorities send the legendary detective L to track down the killer. With L hot on his heels, will Light lose sight of his noble goal…or his life?

Light tests the boundaries of the Death Note’s powers as L and the police begin to close in. Luckily Light’s father is the head of the Japanese National Police Agency and leaves vital information about the case lying around the house. With access to his father’s files, Light can keep one step ahead of the authorities. But who is the strange man following him, and how can Light guard against enemies whose names he doesn’t know? 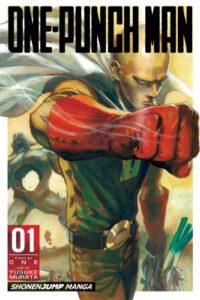 One Punch Man by ONE

Life gets pretty boring when you can beat the snot out of any villain with just one punch.

Nothing about Saitama passes the eyeball test when it comes to superheroes, from his lifeless expression to his bald head to his unimpressive physique. However, this average-looking guy has a not-so-average problem—he just can’t seem to find an opponent strong enough to take on!

Every time a promising villain appears, Saitama beats the snot out of ’em with one punch! Can he finally find an opponent who can go toe-to-toe with him and give his life some meaning? Or is he doomed to a life of superpowered boredom? 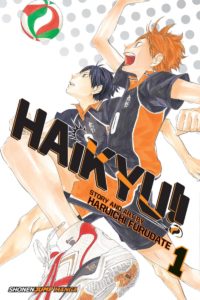 Shoyo Hinata is out to prove that in volleyball you don’t need to be tall to fly!

Ever since he saw the legendary player known as “the Little Giant” compete at the national volleyball finals, Shoyo Hinata has been aiming to be the best volleyball player ever! Who says you need to be tall to play volleyball when you can jump higher than anyone else?

After losing his first and last volleyball match against Tobio Kageyama, “the King of the Court,” Shoyo Hinata swears to become his rival after graduating middle school. But what happens when the guy he wants to defeat ends up being his teammate?! 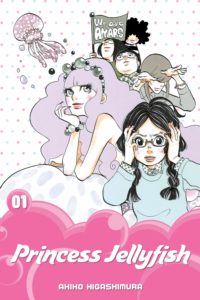 Tsukimi Kurashita has a strange fascination with jellyfish. She’s loved them from a young age and has carried that love with her to her new life in the big city of Tokyo. There, she resides in Amamizukan, a safe-haven for girl geeks who regularly gush over a range of things from trains to Japanese dolls. However, a chance meeting at a pet shop has Tsukimi crossing paths with one of the things that the residents of Amamizukan have been desperately trying to avoid—a beautiful and fashionable woman! But there’s much more to this woman than her trendy clothes! This odd encounter is only the beginning of a new and unexpected path for Tsukimi and her friends. 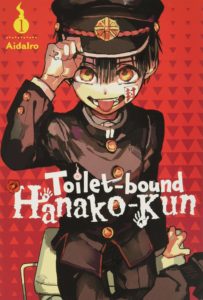 “Hanako-san, Hanako-san…are you there?”
At Kamome Academy, rumors abound about the school’s Seven Mysteries, one of which is Hanako-san. Said to occupy the third stall of the third floor girls’ bathroom in the old school building, Hanako-san grants any wish when summoned. Nene Yashiro, an occult-loving high school girl who dreams of romance, ventures into this haunted bathroom…but the Hanako-san she meets there is nothing like she imagined! Kamome Academy’s Hanako-san…is a boy! 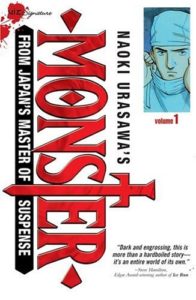 Brilliant doctor Kenzo Tenma risks his reputation and promising career to save the life of a critically wounded young boy. Unbeknownst to him, this child is destined for a terrible fate. Conspiracies, serial murders, and a scathing depiction of the underbelly of hospital politics are all masterfully woven together in this compelling manga thriller. 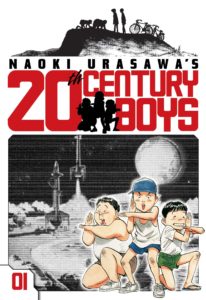 Failed rock musician Kenji’s memories of his past come rushing back when one of his childhood friends mysteriously commits suicide. Could this new death be related to the rise of a bizarre new cult that’s been implicated in several other murders and disappearances? Determined to dig deeper, Kenji reunites with some of his old buddies in the hope of learning the truth behind it all.

Humanity, having faced extinction at the end of the 20th century, would not have entered the new millennium if it weren’t for them. In 1969, during their youth, they created a symbol. In 1997, as the coming disaster slowly starts to unfold, that symbol returns. This is the story of a gang of boys who try to save the world.