Advocacy & Activists: A Reading List for Children and Families

We hope these selections serve to educate and encourage a dialogue around advocacy, activism and allyship in relation to social justice issues. 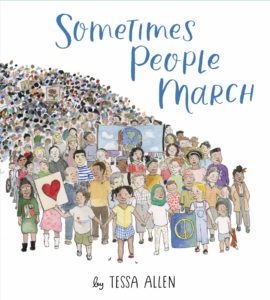 This informational picture book explores the reasons why people march. Throughout American history, one thing remains true: no matter how or why people march, they are powerful because they march together. 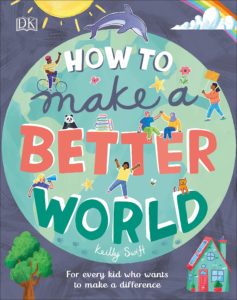 How to Make a Better World: For every Kid Who Wants to Make a Difference by Keilly Swift

This fun and inspiring guide to making the world a better place and becoming a good citizen is packed with ideas and tips for kids who want to know how to make a difference. If you are a kid with big dreams and a passion for what is right, you’re a world-changer in the making. 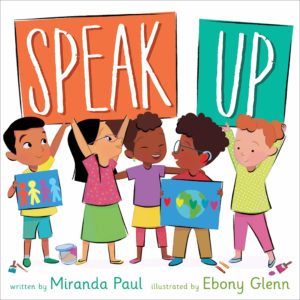 Speak Up by Miranda Paul

This beautifully illustrated picture book encourage the reader to speak up about everything from their own name being mispronounced to someone bringing a weapon to school. Includes author’s note about real people who have found their voices, when to speak up, and how to express oneself without speaking. 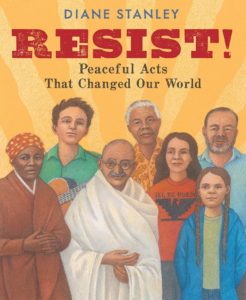 Resist!: Peaceful Acts that Changed Our World by Diane Stanley

From music to marches, from sit-ins to walk-outs, activists throughout history have defended the disenfranchised and demanded reform, refusing to back down even in the face of violent oppression and overwhelming opposition. Today, a new generation of activists has arisen, speaking up in unprecedented numbers against systemic oppression, bias, and injustice. This informational book is a collection of twenty-one brief but comprehensive essays accompanied by striking artwork and rich supplementary material. 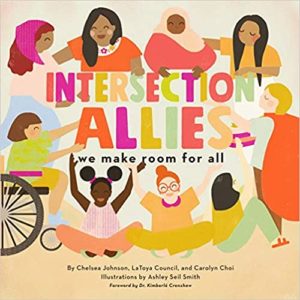 IntersectionAllies: We Make Room for All by Chelsea Johnson

The nine interconnected characters proudly describe themselves and their backgrounds, involving topics that range from a physical disability to language brokering, offering an opportunity to take pride in a personal story and connect to collective struggle for justice. Filled with beautiful illustrations and information for caregivers. 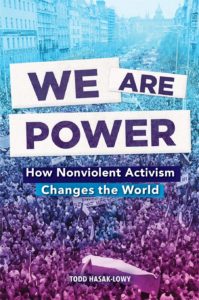 We Are Power: How Nonviolent Activism Changes the World by Todd Hasak-Lowy

This informational book brings to light the incredible individuals who have used nonviolent activism to change the world. The book explores questions such as what is nonviolent resistance and how does it work? In an age when armies are stronger than ever before, when guns seem to be everywhere, how can people confront their adversaries without resorting to violence themselves? Through key international movements as well as people such as Gandhi, Alice Paul, Martin Luther King, Cesar Chavez, and Václav Havel, this book discusses the components of nonviolent resistance. It answers the question “Why nonviolence?” by showing how nonviolent movements have succeeded again and again in a variety of ways, in all sorts of places, and always in the face of overwhelming odds. The book includes endnotes, a bibliography, and an index. A is for Activist by Innosanto Nagara

An ABC book for families who want their kids to grow up in a space that is unapologetic about activism, environmental justice, civil rights, LGBTQ rights, and everything else that we believe in and fight for justice. The books covers a wide varity of social justice issues each accompanied by amazing illustrations. 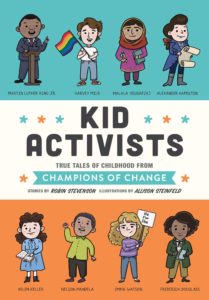 Kid Activists: True Tales of Childhood from Champions of Change by Robin Stevenson

Every activist started out as a kid—and in some cases they were kids when their activism began! But even the world’s greatest champions of civil liberties had relatable interests and problems–often in the middle of extraordinary circumstances. Martin Luther King, Jr. loved fashion, and argued with his dad about whether or not dancing was a sin. Harvey Milk had a passion for listening to opera music in different languages. Dolores Huerta was once wrongly accused of plagiarizing in school. 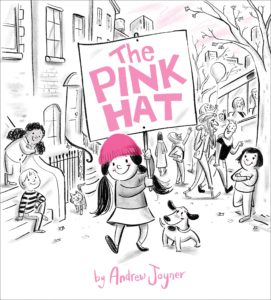 The Pink Hat by Andrew Joyner

Here is a clever story that follows the journey of a pink hat that is swiped out of a knitting basket by a pesky kitten, blown into a tree by a strong wind, and used as a cozy blanket for a new baby, then finally makes its way onto the head of a young girl marching for women’s equality. Inspired by the 5 million people (many of them children) in 82 countries who participated in the 2017 Women’s March. 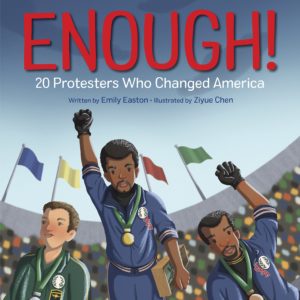 America has been molded and shaped by those who have taken a stand and said they have had enough. In this dynamic picture book, stand alongside the nation’s most iconic civil and human rights leaders, whose brave actions rewrote history. Join Samuel Adams as he masterminds the Boston Tea Party, Ruby Bridges on her march to school, Colin Kaepernick as he takes a knee for Black lives, and the multitude of other American activists whose peaceful protests have ushered in lasting change.