From Disco to Hard Rock and Heavy Metal, the 1970s saw an explosion of musical creativity. 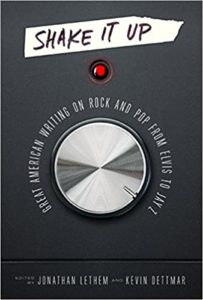 Shake It Up : Great American Writing on Rock and Pop from Elvis to Jay Z

“Jonathan Lethem and Kevin Dettmar’s Shake It Up invites the reader into the tumult and excitement of the rock revolution through fifty landmark pieces by a supergroup of writers on rock in all its variety, from heavy metal to disco, punk to hip-hop. Stanley Booth describes a recording session with Otis Redding; Ellen Willis traces the meteoric career of Janis Joplin; Ellen Sander recalls the chaotic world of Led Zeppelin on tour; Nick Tosches etches a portrait of the young Jerry Lee Lewis; Eve Babitz remembers Jim Morrison. Alongside are Lenny Kaye on acapella and Greg Tate on hip-hop, Vince Aletti on disco and Gerald Early on Motown; Robert Christgau on Prince, Nelson George on Marvin Gaye, Luc Sante on Bob Dylan, Hilton Als on Michael Jackson, Anthony DeCurtis on the Rolling Stones, Kelefa Sanneh on Jay Z. The story this anthology tells is a ongoing one: “it’s too early, ” editors Jonathan Lethem and Kevin Dettmar note, “for canon formation in a field so marvelously volatile–a volatility that mirrors, still, that of pop music itself, which remains smokestack lightning. The writing here attempts to catch some in a bottle.”–Provided by publisher. 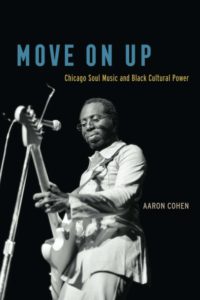 Move On Up: Chicago Soul Music and Black Cultural Power

“Curtis Mayfield. The Chi-Lites. Chaka Khan. Chicago’s place in the history of soul music is rock solid. But for Chicagoans, soul music in its heyday from the 1960s to the 1980s was more than just a series of hits: it was a marker and a source of black empowerment. In Move On Up, Aaron Cohen tells the remarkable story of the explosion of soul music in Chicago. Together, soul music and black-owned businesses thrived. Record producers and song-writers broadcast optimism for black America’s future through their sophisticated, jazz-inspired productions for the Dells and many others. Curtis Mayfield boldly sang of uplift with unmistakable grooves like “We’re a Winner” and “I Plan to Stay a Believer.” Musicians like Phil Cohran and the Pharaohs used their music to voice Afrocentric philosophies that challenged racism and segregation, while Maurice White of Earth, Wind, and Fire and Chaka Khan created music that inspired black consciousness. Soul music also accompanied the rise of African American advertisers and the campaign of Chicago’s first black mayor, Harold Washington, in 1983. This empowerment was set in stark relief by the social unrest roiling in Chicago and across the nation: as Chicago’s homegrown record labels produced rising stars singing songs of progress and freedom, Chicago’s black middle class faced limited economic opportunities and deep-seated segregation, all against a backdrop of nationwide deindustrialization.

Drawing on more than one hundred interviews and a music critic’s passion for the unmistakable Chicago soul sound, Cohen shows us how soul music became the voice of inspiration and change for a city in turmoil.” – Provided by Publisher 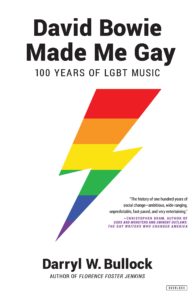 David Bowie Made Me Gay: 100 Years of LGBT Music

With the advent of recording technology, LGBT messages were for the first time brought to the forefront of popular music. Bullock covers the history of recorded music by and for the LGBT community, and shows how those records influenced the evolution of the music we listen to today. He discusses how gay, lesbian, and bisexual performers influenced jazz and blues; examines the almost forgotten Pansy Craze in the years between the two World Wars; chronicles the dark years after the depression when gay life was driven deep underground; celebrates the re-emergence of LGBT performers in the post-Stonewall years; and highlights today’s most legendary out-gay pop stars.

“This revealing and timely book is a must-have for anyone passionate about music. LGBT musicians have shaped the development of music over the last century, with a sexually progressive soundtrack in the background of the gay community’s struggle for acceptance worldwide. With the advent of recording technology, LGBT messages were for the first time transferred from the cabaret stage and brought to the homes of millions. David Bowie Made Me Gay is the first book to cover the breadth of history of recorded music by and for the LGBT community: How have those records influenced the evolution of the music we listen to today? How have they inspired whole generations of disenfranchised youth? How could we ever have the Scissor Sisters or Lady Gaga without Billie Holiday, Disco and David Bowie? Through new interviews and contemporary reports, David Bowie Made Me Gay uncovers the lives of the people who made these records, and offers a lively canter through the scarcely documented history of LGBT music-makers. Bullock discusses the invaluable influence gay men, lesbians and bisexuals had on the growth of Jazz and Blues; looks at the almost forgotten world of gay life in the years between the two World Wars when many LGBT performers enjoyed a fame and freedom that would not be seen again until the 1970s and ’80s; explores the emergence of Disco and Glamrock that gave birth to today’s most legendary out-gay pop stars: Elton John, Boy George, Freddie Mercury, George Michael; and asks where we are today.” — Publisher’s description 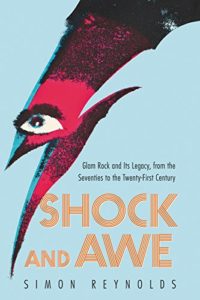 Shock and Awe: Glam Rock and Its Legacy, from the Seventies to the Twenty-first Century

“The cultural history of glam and glitter rock, celebrating its outlandish fashion and outrageous stars, including David Bowie and Alice Cooper, and tracking its vibrant legacy in contemporary pop. Spearheaded by David Bowie, Alice Cooper, T. Rex, and Roxy Music, glam rock reveled in artifice and spectacle. Reacting against the hairy, denim-clad rock bands of the late Sixties, glam was the first true teenage rampage of the new decade. In [this book], Simon Reynolds takes you on a wild cultural tour through the early Seventies, a period packed with glitzy costumes and alien make-up, thrilling music and larger-than-life personas. [This book] offers a fresh, in-depth look at the glam and glitter phenomenon, placing it the wider Seventies context of social upheaval and political disillusion. It explores how artists like Lou Reed, New York Dolls, and Queen broke with the hippie generation, celebrating illusion and artifice over truth and authenticity. Probing the genre’s major themes– stardom, androgyny, image, decadence, fandom, apocalypse– Reynolds tracks glam’s legacy as it unfolded in subsequent decades, from Eighties art-pop icons like Kate Bush through to twenty-first century idols of outrage such as Lady Gaga. [This book] shows how the original glam artists’ obsessions with fame, extreme fashion, and theatrical excess continue to reverberate through contemporary pop culture, “– Provided by Publisher 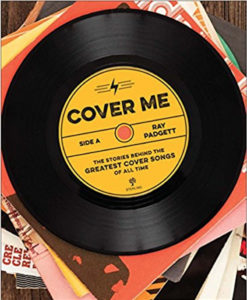 Cover Me: The Stories Behind the Greatest Cover Songs of All Time

“From the creator of the popular website covermesongs.com comes the perfect book for music fans: the inside stories behind 20 iconic cover songs and the artists who turned them into classics. A great cover only makes a song stronger. Jimi Hendrix’s version of Bob Dylan’s ‘All Along the Watchtower.’ The Beatles rocking out with ‘Twist and Shout.’ Aretha Franklin demanding ‘Respect.’ Without covers, the world would have lost many unforgettable performances. This is the first book to explore the most iconic covers ever, from Elvis’s ‘Hound Dog’ and Joe Cocker’s ‘With a Little Help from My Friends’ to the Talking Heads’ ‘Take Me to the River’ and Adele’s ‘Make You Feel My Love.’ Written by the founder of the website covermesongs.com, each of the 19 chapters investigates the origins of a classic cover — and uses it as a framework to tell the larger story of how cover songs have evolved over the decades. Cover Me is packed with insight, photography, and music history”–Publisher’s website 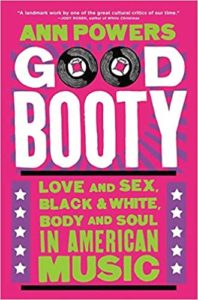 “In this sweeping history of popular music in the United States, NPR’s acclaimed music critic examines how popular music shapes fundamental American ideas and beliefs, allowing us to communicate difficult emotions and truths about our most fraught social issues, most notably sex and race.”–Provided by publisher. 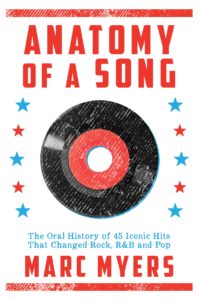 Anatomy of a Song: The Oral History of 45 Iconic Hits That Changed Rock, R&B and Pop

“Believing that every great song has a fascinating backstory, Myers brings to life five decades of music through oral histories of forty-five transformative songs woven from interviews with the artists who created them.From “Lawdy Miss Clawdy” by Lloyd Price to “Losing my religion” by R.E.M., leading artists reveal the emotions, inspirations, and techniques behind their influential works. The result is a love letter to the songs that have defined generations.” – Provided by Publisher 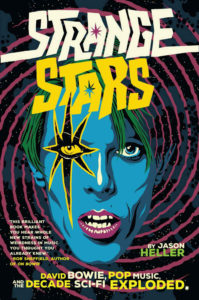 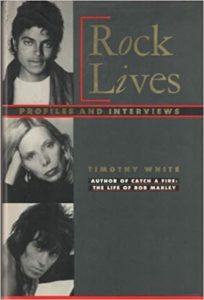 “A collection of fifty-nine profiles and interviews spanning the first half century of rock and roll from Rolling Stone Magazine.” – Provided by Publisher 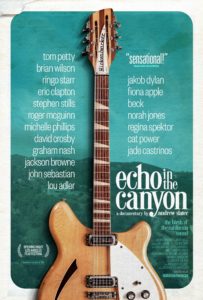 Echo in the Canyon

“A documentary celebrating the explosion of popular music that came out of LA’s Laurel Canyon in the mid-’60s as folk went electric and the Byrds, the Beach Boys, Buffalo Springfield, and the Mamas and the Papas gave birth to the California Sound. Featuring Jakob Dylan, the film includes conversations and performances with Brian Wilson (the Beach Boys), Michelle Phillips (the Mamas & the Papas), Stephen Stills (Buffalo Springfield), David Crosby, Roger McGuinn (the Byrds), their contemporaries Ringo Starr, Eric Clapton, Graham Nash, and younger followers Jackson Browne and Tom Petty, as well as contemporary musicians influenced by their music.” – Provided by Publisher 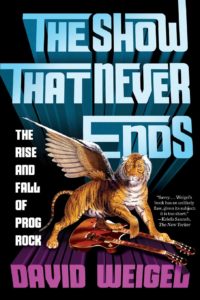 The Show That Never Ends: The Rise and Fall of Prog Rock

“This book is the definitive story of the extraordinary rise and fall of progressive (“prog”) rock. Epitomized by such classic, chart-topping bands as Yes, Genesis, Pink Floyd, Jethro Tull, and Emerson Lake & Palmer, along with such successors as Rush, Marillion, Asia, Styx, and Porcupine Tree, prog sold hundreds of millions of records. It brought into the mainstream concept albums, spaced-out cover art, crazy time signatures, multitrack recording, and stagecraft so bombastic it was spoofed in the classic movie This Is Spinal Tap. With a vast knowledge of what Rolling Stone has called “the deliciously decadent genre that the punks failed to kill, ” access to key people who made the music, and the passion of a true enthusiast, Washington Post national reporter David Weigel tells the story of prog in all its pomp, creativity, and excess. Weigel explains exactly what was “progressive” about prog rock and how its complexity and experimentalism arose from such precursors as the Beach Boys’ Pet Sounds and the Beatles’ Sgt. Pepper. He traces prog’s popularity from the massive success of Procol Harum’s “Whiter Shade of Pale” and the Moody Blues’ “Nights in White Satin” in 1967. He reveals how prog’s best-selling, epochal albums were made, including The Dark Side of the Moon, Thick as a Brick, and Tubular Bells. And he explores the rise of new instruments into the prog mix, such as the synthesizer, flute, mellotron, and– famously– the double-neck guitar. [This book] is filled with the candid reminiscences of prog’s celebrated musicians. It also features memorable portraits of the vital contributions of producers, empresarios, and technicians such as Richard Branson, Brian Eno, Ahmet Ertegun, and Bob Moog. Ultimately, Weigel defends prog from the enormous derision it has received for a generation, and he reveals the new critical respect and popularity it has achieved in its contemporary resurgence.” – Provided by Publisher 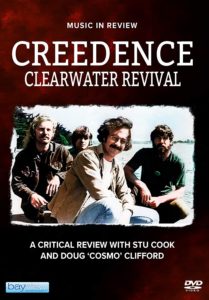 “Definitive review of the music of Creedence Clearwater Revival. Featuring an in-depth retrospective with bassist Stu Cook and drummer Doug “Cosmo” Clifford, who revisits every Clearwater album to reassess the music and its impact.”–Container.