A list of terrifying books for teens that range from psychological thrillers, supernatural and paranormal activity, serial killers, and other horrific tales. There is Someone Inside Your House by Stephanie Perkins

It’s been almost a year since Makani Young came to live with her grandmother in landlocked Nebraska, and she’s still adjusting to her new life. Then, one by one, the students of her small town high school begin to die in a series of gruesome murders, each with increasing and grotesque flair. As the terror grows closer and the hunt intensifies for the killer, Makani is forced to confront her own dark secrets. 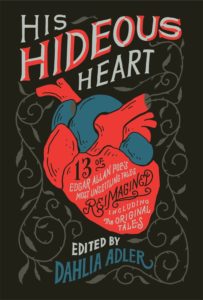 Thirteen of Poe’s terrifying works are reimagined in new and unexpected ways for modern readers. Poe’s own stories are included, so readers can compare. 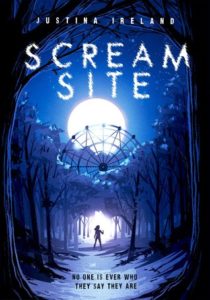 Sabrina’s goal in life is to be an investigative reporter. She researches a popular website called Scream Site, where people post scary videos and compete for the most “screams.” When her sister Faith goes missing, Sabrina must race against time to save her sister from becoming the next video star. 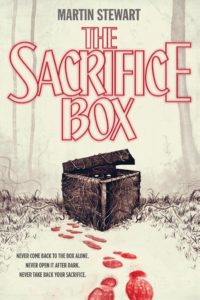 In the summer of 1982, five friends discover an ancient stone box hidden deep in the woods. They seal inside of it treasured objects from their childhoods. Four years later, a series of strange and terrifying events begin to unfold. Someone broke the rules of the box, and now everyone has to pay. 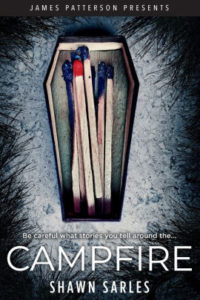 While camping in a remote location, Maddie Davenport gathers around the fire with her friends and family to tell scary stories. The next day, Maddie and her family are lost in the deep woods — with no way out — being stalked by their worst nightmares. 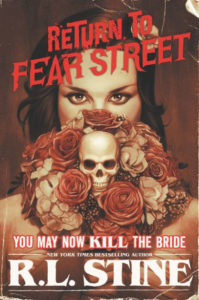 You May Now Kill the Bride by R. L. Stine

Two sisters, divided by time, both discover the ancient curse put on the Fear family on their wedding nights. 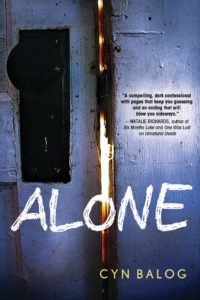 When Seda moved from the city to a crumbling mansion, she was almost excited. Then, a group of teens get stranded near the mansion during a blizzard. Seda has no choice but to offer them shelter, even though she knows danger lurks in the dilapidated mansion–and in herself. As the snow continues to fall, what Seda fears most begins to become a reality. 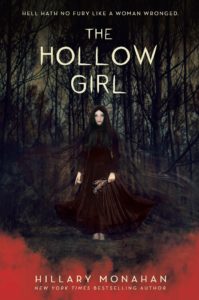 The Hollow Girl by Hillary Monahan

Bethan and her friend Martyn are attacked one night. Destroyed by her friend’s death Bethan asks Drina, a green healer, to bring Martyn back from death’s door. Bethan must collect grisly pieces to fuel the spell: an ear, some hair, an eye, a nose, and fingers. She gives the boys who assaulted her a chance to come forward and apologize. And when they don’t, she knows exactly where to collect her ingredients to save Martyn. 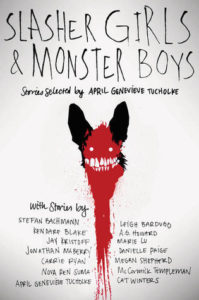 A host of young adult authors come together in this collection of terrifying tales. From blood horror, to the supernatural, to unsettling, all-too-possible realism, this collection has something for anyone looking for an absolute thrill. 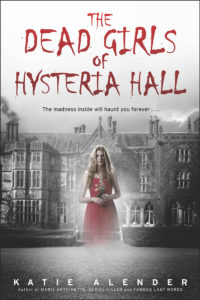 The Dead Girls of Hysteria Hall by Katie Alender

Sixteen-year-old Cordelia and her family move into the house they just inherited –unfortunately the house does not want defiant girls like Delia, so it kills her. She now wanders the house meeting the other ghosts and learning the dark secrets of the Hall. 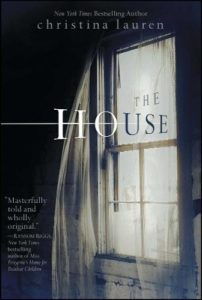 The House by Christina Lauren

Gavin, a loner outcast, and Delilah, back in small-town Kansas after years at a Massachusetts boarding school, reconnect their senior year. As their relationship deepens, it is clear that the eerie house Gavin dwells in will do anything to keep the two apart. 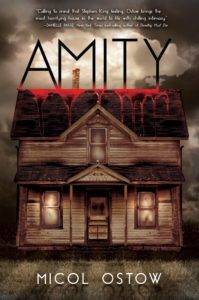 When Connor’s family moves to Amity, his nights are plagued with gore-filled dreams of demons, destruction, and revenge. Ten years later, Gwen’s family moves to Amity for a fresh start. Instead, she’s haunted by lurid visions, disturbing voices, and questions about her own sanity. Inspired by a true-crime story, Amity spans generations to weave an overlapping, interconnected tale of terror, insanity, danger, and death. 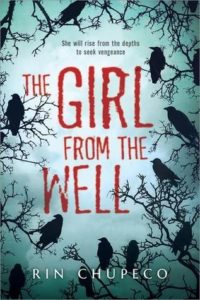 The Girl from the Well by Rin Chupeco

Okiku is a lonely soul. She has wandered the world for centuries taking the lives of killers with vengeance and releasing innocent ghosts from their ethereal tethers. When she meets Tark it is clear that evil is trapped in his skin. Tark needs to be freed from the malevolence that clings to him. There’s just one problem: if the demon dies, so does its host. 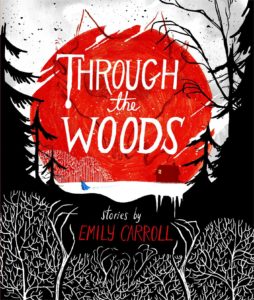 Through the Woods by Emily Carroll

Journey through the woods in this sinister and compellingly spooky collection of short stories where fairy tales have gone seriously wrong. 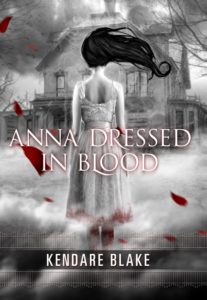 For three years Cas Lowood has carried on his father’s work of dispatching the murderous dead. Everything changes when he meets Anna, a girl unlike any ghost he has faced before.