We hope these selections serve to educate and encourage a dialogue on topics of incarceration and the impact of mass incarceration on individuals, families, and communities. 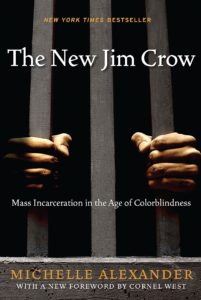 The New Jim Crow : Mass Incarceration in the Age of Colorblindness by Michelle Alexander

“The New Jim Crow is a stunning account of the rebirth of a caste-like system in the United States, one that has resulted in millions of African Americans locked behind bars and then relegated to a permanent second-class status—denied the very rights supposedly won in the Civil Rights Movement. Since its publication in 2010, the book has appeared on the New York Times bestseller list for more than a year; been dubbed the “secular bible of a new social movement” by numerous commentators, including Cornel West; and has led to consciousness-raising efforts in universities, churches, community centers, re-entry centers, and prisons nationwide. The New Jim Crow tells a truth our nation has been reluctant to face.” Just Mercy : A Story of Justice and Redemption by Bryan Stevenson

“Bryan Stevenson was a young lawyer when he founded the Equal Justice Initiative, a nonprofit law office in Montgomery, Alabama, dedicated to defending the poor, the incarcerated, and the wrongly condemned. Just Mercy tells the story of EJI, from the early days with a small staff facing the nation’s highest death sentencing and execution rates, through a successful campaign to challenge the cruel practice of sentencing children to die in prison, to revolutionary projects designed to confront Americans with our history of racial injustice.” Are Prisons Obsolete? by Angela Davis

“For generations of Americans, the abolition of slavery was sheerest illusion. Similarly,the entrenched system of racial segregation seemed to last forever, and generations lived in the midst of the practice, with few predicting its passage from custom. The brutal, exploitative (dare one say lucrative?) convict-lease system that succeeded formal slavery reaped millions to southern jurisdictions (and untold miseries for tens of thousands of men, and women). Few predicted its passing from the American penal landscape. Davis expertly argues how social movements transformed these social, political and cultural institutions, and made such practices untenable.” 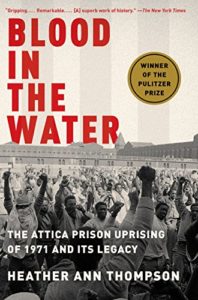 Blood In the Water : The Attica Prison Uprising of 1971 and Its Legacy by Heather Ann Thompson

“Drawing from more than a decade of extensive research, historian Heather Ann Thompson sheds new light on every aspect of the uprising and its legacy, giving voice to all those who took part in this forty-five-year fight for justice: prisoners, former hostages, families of the victims, lawyers and judges, and state officials and members of law enforcement. Blood in the Water is the searing and indelible account of one of the most important civil rights stories of the last century.” 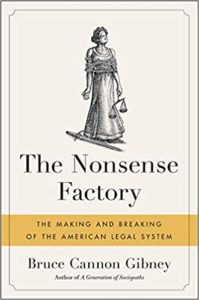 Nonsense Factory : The Making and Breaking of the American Legal System by Bruce Cannon Gibney

“In The Nonsense Factory, Bruce Cannon Gibney shows that over the past seventy years, the legal system has dangerously confused quantity with quality and might with legitimacy. As the law bloats into chaos, it staggers on only by excusing itself from the very commands it insists that we obey, leaving Americans at the mercy of arbitrary power. By examining the system as a whole, Gibney shows that the tragedies often portrayed as isolated mistakes or the work of bad actors — police misconduct, prosecutorial overreach, and the outrages of imperial presidencies — are really the inevitable consequences of law’s descent into lawlessness.” 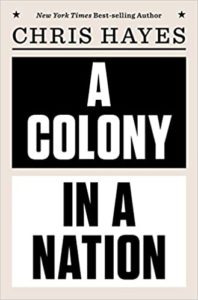 A Colony In a Nation by Christopher Hayes

“America likes to tell itself that it inhabits a postracial world, yet nearly every empirical measure―wealth, unemployment, incarceration, school segregation―reveals that racial inequality has barely improved since 1968, when Richard Nixon became our first “law and order” president. With the clarity and originality that distinguished his prescient bestseller, Twilight of the Elites, Chris Hayes upends our national conversation on policing and democracy in a book of wide-ranging historical, social, and political analysis.” Locking Up Our Own : Crime and Punishment in Black America by  James Forman Jr.

“Forman shows us that the first substantial cohort of black mayors, judges, and police chiefs took office amid a surge in crime and drug addiction. Many prominent black officials, including Washington, D.C. mayor Marion Barry and federal prosecutor Eric Holder, feared that the gains of the civil rights movement were being undermined by lawlessness―and thus embraced tough-on-crime measures, including longer sentences and aggressive police tactics. In the face of skyrocketing murder rates and the proliferation of open-air drug markets, they believed they had no choice. But the policies they adopted would have devastating consequences for residents of poor black neighborhoods.” 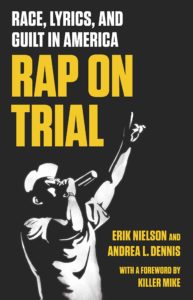 Rap On Trial : Race, Lyrics, and Guilt in America by Erik Nielson

“Should Johnny Cash have been charged with murder after he sang, “I shot a man in Reno just to watch him die”? Few would seriously subscribe to this notion of justice. Yet in 2001, a rapper named Mac whose music had gained national recognition was convicted of manslaughter after the prosecutor quoted liberally from his album Shell Shocked. Mac was sentenced to thirty years in prison, where he remains. And his case is just one of many nationwide.” 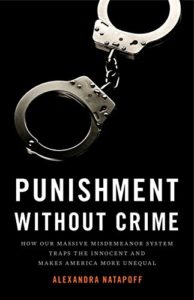 Punishment Without Crime : How Our Massive Misdemeanor System Traps the Innocent and Makes America More Unequal by Alexandra Natapoff

“Punishment Without Crime offers an urgent new interpretation of inequality and injustice in America by examining the paradigmatic American offense: the lowly misdemeanor. Based on extensive original research, legal scholar Alexandra Natapoff reveals the inner workings of a massive petty offense system that produces over 13 million cases each year. People arrested for minor crimes are swept through courts where defendants often lack lawyers, judges process cases in mere minutes, and nearly everyone pleads guilty. This misdemeanor machine starts punishing people long before they are convicted; it punishes the innocent; and it punishes conduct that never should have been a crime. As a result, vast numbers of Americans — most of them poor and people of color — are stigmatized as criminals, impoverished through fines and fees, and stripped of drivers’ licenses, jobs, and housing.” 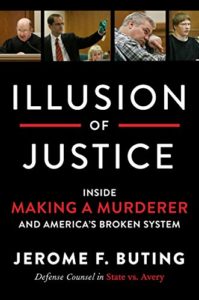 Illusion of Justice : Inside Making a Murderer and America’s Broken System by Buting, Jerome F.

“Over his career, Jerome F. Buting has spent hundreds of hours in courtrooms representing defendants in criminal trials. When he agreed to join Dean Strang as co-counsel for the defense in Steven A. Avery vs. State of Wisconsin, he knew a tough fight lay ahead. But, as he reveals in Illusion of Justice, no-one could have predicted just how tough and twisted that fight would be—or that it would become the center of the documentary Making a Murderer, which made Steven Avery and Brendan Dassey household names and thrust Buting into the spotlight.” 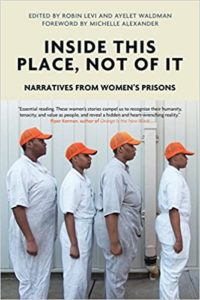 Inside This Place, Not of It : Narratives from Women’s Prisons by Waldman, Ayelet

“Inside This Place, Not of It reveals some of the most egregious human rights violations within women’s prisons in the United States. Here, in their own words, thirteen narrators recount their lives leading up to incarceration and their harrowing struggle for survival once inside.” 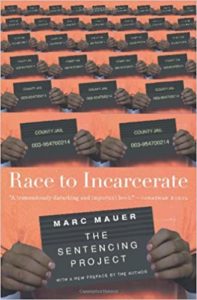 Race to Incarcerate by Marc Mauer

“As we enter a new century, Race to Incarcerate tells the chilling story of the unprecedented explosion in the prison population during the last twenty-five years. In “an important book [that] lays out convincing arguments” (The San Diego Union-Tribune), Marc Mauer, assistant director of The Sentencing Project, analyzes the main trends of America’s war on drugs in the last two decades, showing how those policies have emphasized rigid control — through police and prisons — over drug treatment and economic development, resulting in a five-fold increase in the use of incarceration since 1973.” “A collection of Jackson’s letters from prison, Soledad Brother is an outspoken condemnation of the racism of white America and a powerful appraisal of the prison system that failed to break his spirit but eventually took his life. Jackson’s letters make palpable the intense feelings of anger and rebellion that filled black men in America’s prisons in the 1960s. But even removed from the social and political firestorms of the 1960s, Jackson’s story still resonates for its portrait of a man taking a stand even while locked down.” Shahid Reads His Own Palm by Reginald Dwayne Betts 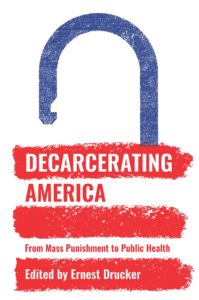 Mass incarceration will end—there is an emerging consensus that we’ve been locking up too many people for too long. But with more than 2.2 million Americans behind bars right now, how do we go about bringing people home? Decarcerating America collects some of the leading thinkers in the criminal justice reform movement to strategize about how to cure America of its epidemic of mass punishment.