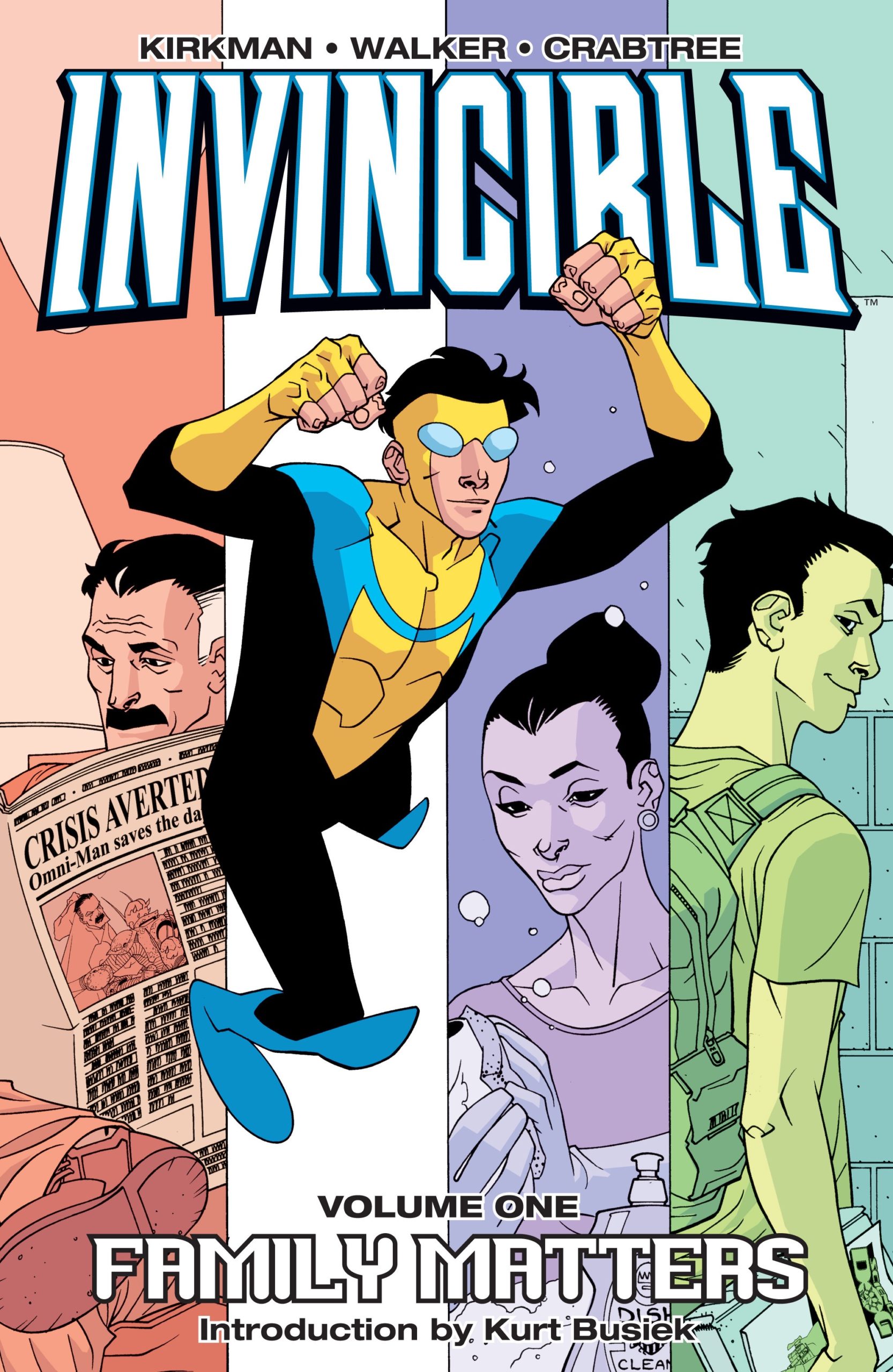 Invincible follows teenage hero Mark Grayson as he develops his powers at the age of seventeen. Son of the Viltrumite (but human-passing) superhero Omni-man and unpowered human woman, Deborah, Mark has to deal with the growing pains of not only being the son of the greatest superhero on Earth but also teenage woes such as finishing high school and talking to girls. He’s about to learn that being a hero isn’t as black and white as his favorite comics lead him to believe.

Invincible is a wonderful beginning to a series that flips many of the tropes of superheroes on their heads. Mark is an instantly relatable character, he’s sympathetic without being helpless, optimistic without being naive, and feels more genuine than other, more traditional teenage superheroes. He’s far from perfect but that lends weight to the story without being trite like other superheroes’ flaws. Family Matters is a great introduction to the series, giving hints as to what is to come in the future. Highly recommended.