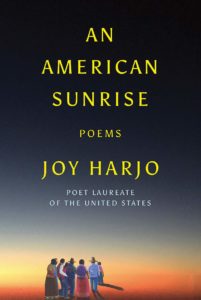 “In the early 1800s, the Mvskoke people were forcibly removed from their original lands east of the Mississippi to Indian Territory, which is now part of Oklahoma. Two hundred years later, Joy Harjo returns to her family’s lands and opens a dialogue with history … Harjo finds blessings in the abundance of her homeland and confronts the site where her people, and other indigenous families, essentially disappeared. From her memory of her mother’s death, to her beginnings in the Native rights movement, to the fresh road with her beloved, Harjo’s personal life intertwines with tribal histories to create a space for renewed beginnings. ”

Joy Harjo is a member of the Muscogee Nation and belongs to Oce Vpofv. 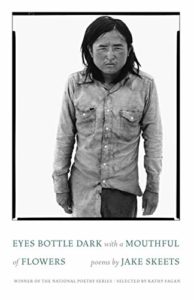 Eyes Bottle Dark With A Mouthful of Flowers: Poems by Jake Skeets

“… if Jake Skeets’s collection is an unflinching portrait of the actual west, it is also a fierce reclamation of a living place—full of beauty as well as brutality, whose shadows are equally capable of protecting encounters between boys learning to become, and to love, men. Its landscapes are ravaged, but they are also startlingly lush with cacti, yarrow, larkspur, sagebrush. And even their scars are made newly tender when mapped onto the lover’s body: A spine becomes a railroad. “Veins burst oil, elk black.” And “becoming a man / means knowing how to become charcoal.” Rooted in Navajo history and thought, these poems show what has been brewing in an often forgotten part of the American literary landscape, an important language, beautiful and bone dense.” 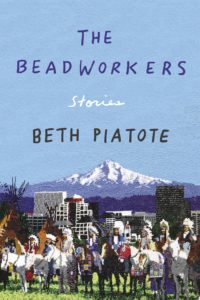 The Beadworkers: Stories by Beth Piatote

“Beth Piatote’s luminous debut collection opens with a feast, grounding its stories in the landscapes and lifeworlds of the Native Northwest, exploring the inventive and unforgettable pattern of Native American life in the contemporary world.” “It’s 1974 in the Cherokee Nation of Oklahoma and fifteen-year-old Justine grows up in a family of tough, complicated, and loyal women, presided over by her mother, Lula, and Granny. After Justine’s father abandoned the family, Lula became a devout member of the Holiness Church-a community that Justine at times finds stifling and terrifying. But she does her best as a devoted daughter, until an act of violence sends her on a different path forever.” Bury My Heart at Chuck E. Cheese’s by Tiffany Midge

“Why is there no Native woman David Sedaris? Or Native Anne Lamott? Humor categories in publishing are packed with books by funny women and humorous sociocultural-political commentary—but no Native women. There are presumably more important concerns in Indian Country. More important than humor? Among the Diné/Navajo, a ceremony is held in honor of a baby’s first laugh. While the context is different, it nonetheless reminds us that laughter is precious, even sacred.

Bury My Heart at Chuck E. Cheese’s is a powerful and compelling collection of Tiffany Midge’s musings on life, politics, and identity as a Native woman in America. Artfully blending sly humor, social commentary, and meditations on love and loss, Midge weaves short, stand-alone musings into a memoir that stares down colonialism while chastising hipsters for abusing pumpkin spice. She explains why she does not like pussy hats, mercilessly dismantles pretendians, and confesses her own struggles with white-bread privilege.”

Tiffany Midge is a Hunkpapa Lakota enrolled member of the Standing Rock Sioux. 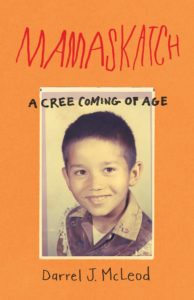 Mamaskatch: A Cree Coming of Age by Darrel J. McLeod

“As a small boy in remote Alberta, Darrel J. McLeod is immersed in his Cree family’s history, passed down in the stories of his mother, Bertha. But after a series of tragic losses, Bertha turns wild and unstable, and their home life becomes chaotic. Meanwhile, he begins to question and grapple with his sexual identity–a reckoning complicated by the repercussions of his abuse and his sibling’s own gender transition. Thrillingly written in a series of fractured vignettes, and unflinchingly honest, Mamaskatch–“It’s a wonder!” in Cree–is a heartbreaking account of how traumas are passed down from one generation to the next, and an uplifting story of one individual who broke the cycle in pursuit of a fulfilling and adventurous life.” “For many the phrase “Native nonfiction” inspires thoughts of the past, of timeless oral history transcriptions and dry 19th century autobiographies. In Shapes of Native Nonfiction, Washuta and Warburton explode this perspective by showcasing 22 contemporary Native writers and their provocative approaches to form. While exploring familiar legacies of personal and collective trauma and violence, these writers push, pull and break the conventional essay structure to overhaul the dominant cultural narrative that romanticize Native lives, yet deny Native emotional response. Organized into four sections inspired by different aspects of and strategies for basket weaving (Technique, Coiling, Plaiting, Twining) the essays presented here demonstrate how Native writers manipulate the shape of creative nonfiction to offer incisive observations, critiques and commentary on our political, social and cultural world. The result is an engaging anthology that introduces a variety of audiences to the true range of Native nonfiction work.”

Elissa Washuta is a member of the Cowlitz Indian Tribe. 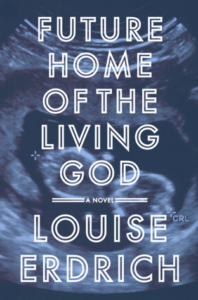 Future Home of the Living God: A Novel by Louise Erdrich

“A tale set in a world of reversing evolution and a growing police state follows pregnant thirty-two-year-old Cedar Hawk Songmaker, who investigates her biological family while awaiting the birth of a child who may emerge as a member of a primitive human species.”

Louise Erdrich is an enrolled member of the Turtle Mountain Band of the Ojibwe, a federally recognized tribe of the Anishinaabe. There, There by Tommy Orange

“As we learn the reasons that each person is attending the Big Oakland Powwow—some generous, some fearful, some joyful, some violent—momentum builds toward a shocking yet inevitable conclusion that changes everything. Jacquie Red Feather is newly sober and trying to make it back to the family she left behind in shame. Dene Oxendene is pulling his life back together after his uncle’s death and has come to work at the powwow to honor his uncle’s memory. Opal Viola Victoria Bear Shield has come to watch her nephew Orvil, who has taught himself traditional Indian dance through YouTube videos and will to perform in public for the very first time. There will be glorious communion, and a spectacle of sacred tradition and pageantry. And there will be sacrifice, and heroism, and loss.”

Tommy Orange is a citizen of the Cheyenne and Arapaho Nations of Oklahoma. 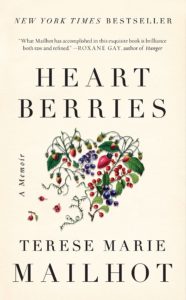 “Heart Berries is a powerful, poetic memoir of a woman’s coming of age on the Seabird Island Indian Reservation in the Pacific Northwest. Having survived a profoundly dysfunctional upbringing only to find herself hospitalized and facing a dual diagnosis of post traumatic stress disorder and bipolar II disorder; Terese Marie Mailhot is given a notebook and begins to write her way out of trauma. The triumphant result is Heart Berries, a memorial for Mailhot’s mother, a social worker and activist who had a thing for prisoners; a story of reconciliation with her father-an abusive drunk and a brilliant artist-who was murdered under mysterious circumstances; and an elegy on how difficult it is to love someone while dragging the long shadows of shame.” 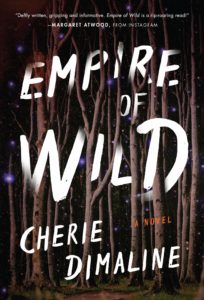 Empire of Wild: A Novel by Cherie Dimaline

“A story inspired by the Canadian Métis legend of the Rogarou finds a woman reconnecting with her heritage when her missing husband reappears in the form of a charismatic preacher who does not recognize her.”

Cherie Dimaline is a member of the Métis Nation in Canada. The Only Good Indians: A Novel by Stephen Graham Jones

“Peter Straub’s Ghost Story meets Liane Moriarty’s Big Little Lies in this American Indian horror story of revenge on the Blackfeet Indian Reservation. Four American Indian men from the Blackfeet Nation, who were childhood friends, find themselves in a desperate struggle for their lives, against an entity that wants to exact revenge upon them for what they did during an elk hunt ten years earlier by killing them, their families, and friends.”

Stephen Graham Jones is a member of the Blackfeet Nation. “Shonda Buchanan’s memoir is an inspiring story that explores her family’s legacy of being African Americans with American Indian roots and how they dealt with not just society’s ostracization but the consequences of this dual inheritance. Buchanan was raised as a Black woman, who grew up hearing cherished stories of her multi-racial heritage, while simultaneously suffering from everything she (and the rest of her family) didn’t know. Tracing the arduous migration of Mixed Bloods, or Free People of Color, from the Southeast to the Midwest, Buchanan tells the story of her Michigan tribe–a comedic yet manically depressed family of fierce women, who were everything from caretakers and cornbread makers to poets and witches, and men who were either ignored, protected, imprisoned, or maimed–and how their lives collided over love, failure, fights, and prayer despite a stacked deck of challenges, including addiction and abuse.”

Buchanan is descended from Coharie tribe, Cherokee and Meherrin Indian villages, as well as the Eastern Band Cherokee. Her ancestors are listed on the Guion Miller African Cherokee rolls. 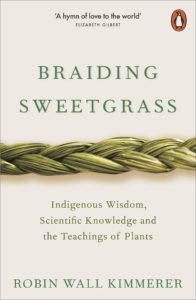 “An inspired weaving of indigenous knowledge, plant science, and personal narrative from a distinguished professor of science and a Native American whose previous book, Gathering Moss, was awarded the John Burroughs Medal for outstanding nature writing. As a botanist and professor of plant ecology, Robin Wall Kimmerer has spent a career learning how to ask questions of nature using the tools of science. As a Potawatomi woman, she learned from elders, family, and history that the Potawatomi, as well as a majority of other cultures indigenous to this land, consider plants and animals to be our oldest teachers. In Braiding Sweetgrass, Kimmerer brings these two lenses of knowing together to reveal what it means to see humans as “the younger brothers of creation.””

Robin Wall Kimmerer is an enrolled member of the Citizen Potawatomi Nation. 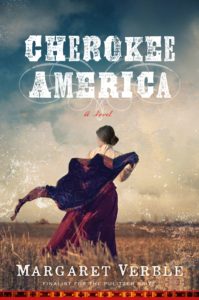 “From the author of the Pulitzer Prize finalist Maud’s Line, an epic novel that follows a web of complex family alliances and culture clashes in the Cherokee Nation during the aftermath of the Civil War, and the unforgettable woman at its center.”

All notes taken from the publishers.