Red at The Bone by Jacqueline Woodson 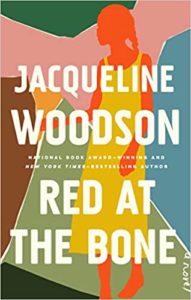 An unexpected teenage pregnancy pulls together two families from different social classes, and exposes the private hopes, disappointments, and longings that can bind or divide us from each other, from the New York Times-bestselling and National Book Award-winning author of Another Brooklyn and Brown Girl Dreaming.

Moving forward and backward in time, Jacqueline Woodson’s taut and powerful new novel uncovers the role that history and community have played in the experiences, decisions, and relationships of these families, and in the life of the new child.

Such a Fun Age by Kiley Reid 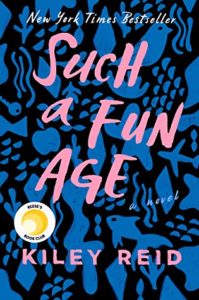 From a longer review “The quick pace and tender heart of the story felt like watching a binge-able Netflix show like Workin’ Moms or HBO’s Insecure— slice-of-life stories from multiple perspectives. Complexities of racism, privilege, income gap, and gender roles that affect the Alix and Emira make this a reflective and meaningful book. An enjoyable and authentic page-turner great for the beach or train, but with nuanced and flawed characters that will make you ponder the idea of transactional relationships.” 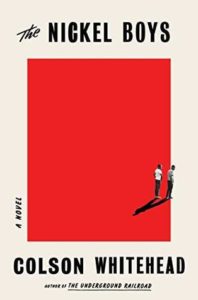 Winner of the 2020 Pulizer Prize for Fiction.
“[A] stunning new novel. . . . The understated beauty of his writing, combined with the disquieting subject matter, creates a kind of dissonance that chills the reader. Whitehead has long had a gift for crafting unforgettable characters, and Elwood proves to be one of his best. . . . The final pages of the book are a heartbreaking distillation of the story that preceded them; it’s a perfect ending to a perfect novel. The Nickel Boys is a beautiful, wrenching act of witness, a painful remembrance of an ‘infinite brotherhood of broken boys,’ and it proves beyond a shadow of a doubt that Whitehead is one of the most gifted novelists in America today.” —NPR 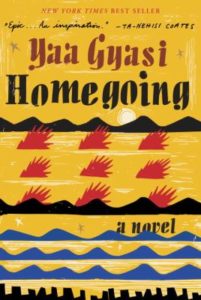 Two half sisters, Effia and Esi, unknown to each other, are born into two different tribal villages in 18th century Ghana. Effia will be married off to an English colonial, and will live in comfort in the sprawling, palatial rooms of Cape Coast Castle, raising half-caste children who will be sent abroad to be educated in England before returning to the Gold Coast to serve as administrators of the Empire. Her sister, Esi, will be imprisoned beneath Effia in the Castle’s women’s dungeon, and then shipped off on a boat bound for America, where she will be sold into slavery. Stretching from the tribal wars of Ghana to slavery and Civil War in America, from the coal mines in the north to the Great Migration to the streets of 20th century Harlem, Yaa Gyasi has written a modern masterpiece, a novel that moves through histories and geographies and–with outstanding economy and force–captures the troubled spirit of our own nation.

The Hate U Give by Angie Thomas 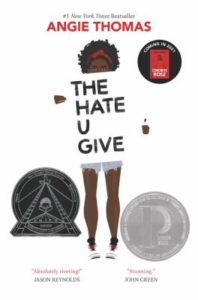 Sixteen-year-old Starr Carter moves between two worlds: the poor neighborhood where she lives and the fancy suburban prep school she attends. The uneasy balance between these worlds is shattered when Starr witnesses the fatal shooting of her childhood best friend Khalil at the hands of a police officer. Khalil was unarmed. Soon afterward, his death is a national headline. Some are calling him a thug, maybe even a drug dealer and a gangbanger. Protesters are taking to the streets in Khalil’s name. Some cops and the local drug lord try to intimidate Starr and her family. What everyone wants to know is: what really went down that night? And the only person alive who can answer that is Starr. But what Starr does or does not say could upend her community. It could also endanger her life. 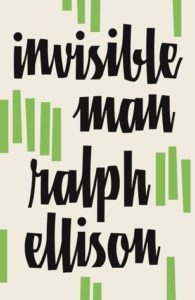 First published in 1952 and immediately hailed as a masterpiece, Invisible Man is one of those rare novels that have changed the shape of American literature. For not only does Ralph Ellison’s nightmare journey across the racial divide tell unparalleled truths about the nature of bigotry and its effects on the minds of both victims and perpetrators, it gives us an entirely new model of what a novel can be.

As he journeys from the Deep South to the streets and basements of Harlem, from a horrifying “battle royal” where black men are reduced to fighting animals, to a Communist rally where they are elevated to the status of trophies, Ralph Ellison’s nameless protagonist ushers readers into a parallel universe that throws our own into harsh and even hilarious relief. Suspenseful and sardonic, narrated in a voice that takes in the symphonic range of the American language, black and white, Invisible Man is one of the most audacious and dazzling novels of our century.

The Fire This Time: A New Generation Speaks about Race edited by Jesmyn Ward 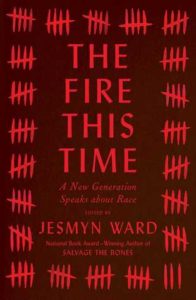 National Book Award winner Jesmyn Ward takes James Baldwin’s 1963 examination of race in America, The Fire Next Time, as a jumping off point for this groundbreaking collection of essays and poems about race from the most important voices of her generation and our time. Award-winning author Jesmyn Ward knows that Baldwin’s words ring as true as ever today. In response, she has gathered short essays, memoir, and a few essential poems to engage the question of race in the United States. And she has turned to some of her generation’s most original thinkers and writers to give voice to their concerns.

The visionary author’s masterpiece pulls us–along with her Black female hero–through time to face the horrors of slavery and explore the impacts of racism, sexism, and white supremacy then and now.

Dana, a modern black woman, is celebrating her twenty-sixth birthday with her new husband when she is snatched abruptly from her home in California and transported to the antebellum South. Rufus, the white son of a plantation owner, is drowning, and Dana has been summoned to save him. Dana is drawn back repeatedly through time to the slave quarters, and each time the stay grows longer, more arduous, and more dangerous until it is uncertain whether or not Dana’s life will end, long before it has a chance to begin.

Get this title: Ebook (Overdrive Media on Demand), Audiobook on CD, Audiobook (RBdigital)