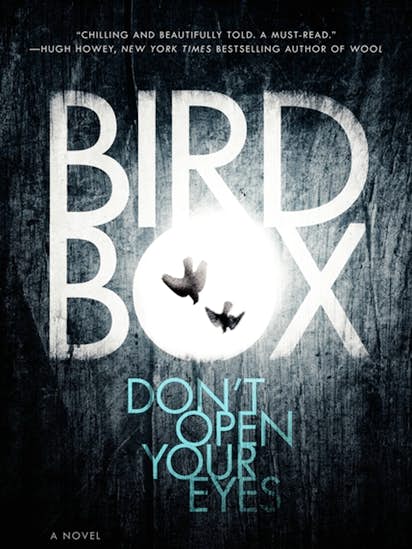 Malorie is overwhelmed. Having recently discovered she is pregnant, and with the father of her child disappearing from her life, she only has her sister, Shannon, to rely on. Malorie is so consumed with her own problems that she ignores what is happening in the world at large. Starting in Russia and other Northern countries, more and more reports are coming out of mass suicides. It is revealed that people are going mad at the sight of “something” and then take their own lives. Malorie must soon rely on herself and a group of other survivors if she and her child are going to survive.

Bird Box’s greatest strengths lie in its atmosphere and its characters. The world feels both familiar and totally alien to our own, especially with its midwestern focus. The end of the world comes like a disaster: slow and quiet at first and then thundering and unstoppable.

And yet, humanity perseveres. The reader is presented with Malorie at two points in her life, one just before the world as she knew it began to end and the other five years later caring for two young children. The juxtaposition between these two versions of the same woman keeps the reader invested in the two main mysteries: where are Malorie and the children going and what happened to Malorie that made her this hardened individual?

Bird Box delivers its story with quiet, subdued horror. Some of the greatest terror is experienced from our own imagination and Malerman gives just enough of the details to have the reader take those and expand. The end result is a book that is difficult to put down and one that sticks with the reader long after they have finished the final page.