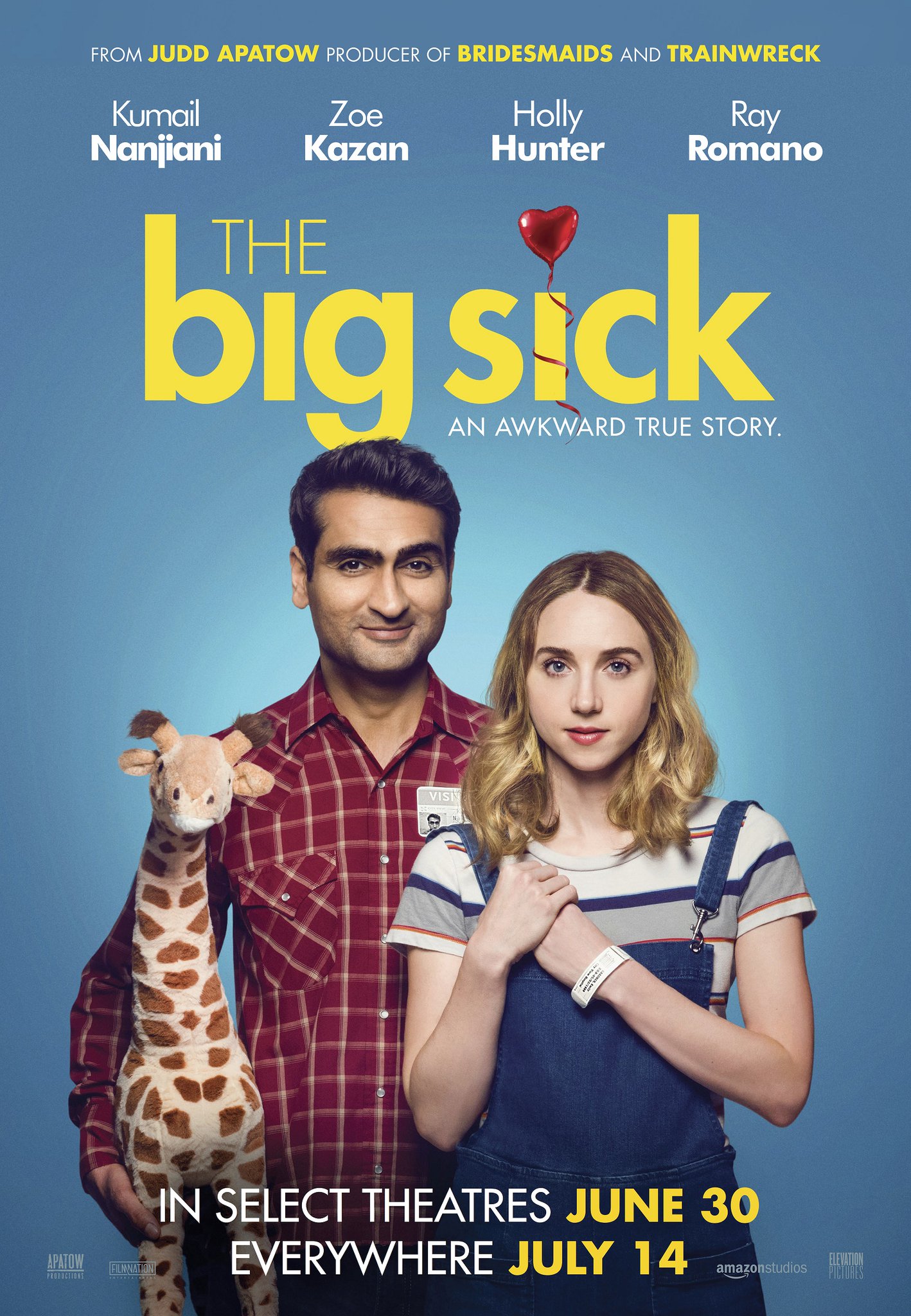 Pakistani Comedian Kumail and American grad student Emily meet at a comedy show in Chicago.  They start seeing each other and fall in love, even though Kumail’s parents want him to marry a Pakistani girl.  The couple struggles through the tension created by their cultural differences, especially Kumail, who is worried about being shunned by his family.  Then Emily’s health takes a nosedive, and it falls to Kumail to be at the hospital for her.  As the doctors hunt for a diagnosis, Kumail has to confront Emily’s parents, his family, and his own feelings.

The Big Sick is a based on the true story of how Kumail Nanjiani and Emily V. Gordon met and eventually married.  Nanjiani and Gordon wrote and produced the movie, and having the real people supervise the retelling of their own history keeps it authentic and the characters relatable.  Kumail constantly turns to humor, often sardonic or sarcastic, as he tries to lighten the mood and break through the barriers people create.  Using humor in this determined way makes him rather mischievous and quirky, which keeps the more serious subjects of the movie, including culture, family, relationships, and religion, from making the storyline too heavy and alienating viewers.  Kumail is clearly a flawed character, often choosing the easy route, but his development allows him to find the courage to stand up for himself and what he believes.  The Big Sick is described as a comedy and a romance, and it is appropriately amusing and sweet, but it is also a drama that moves the audience emotionally.  These different facets all combine to create a feel-good kind of tale with substance but not too much weight.