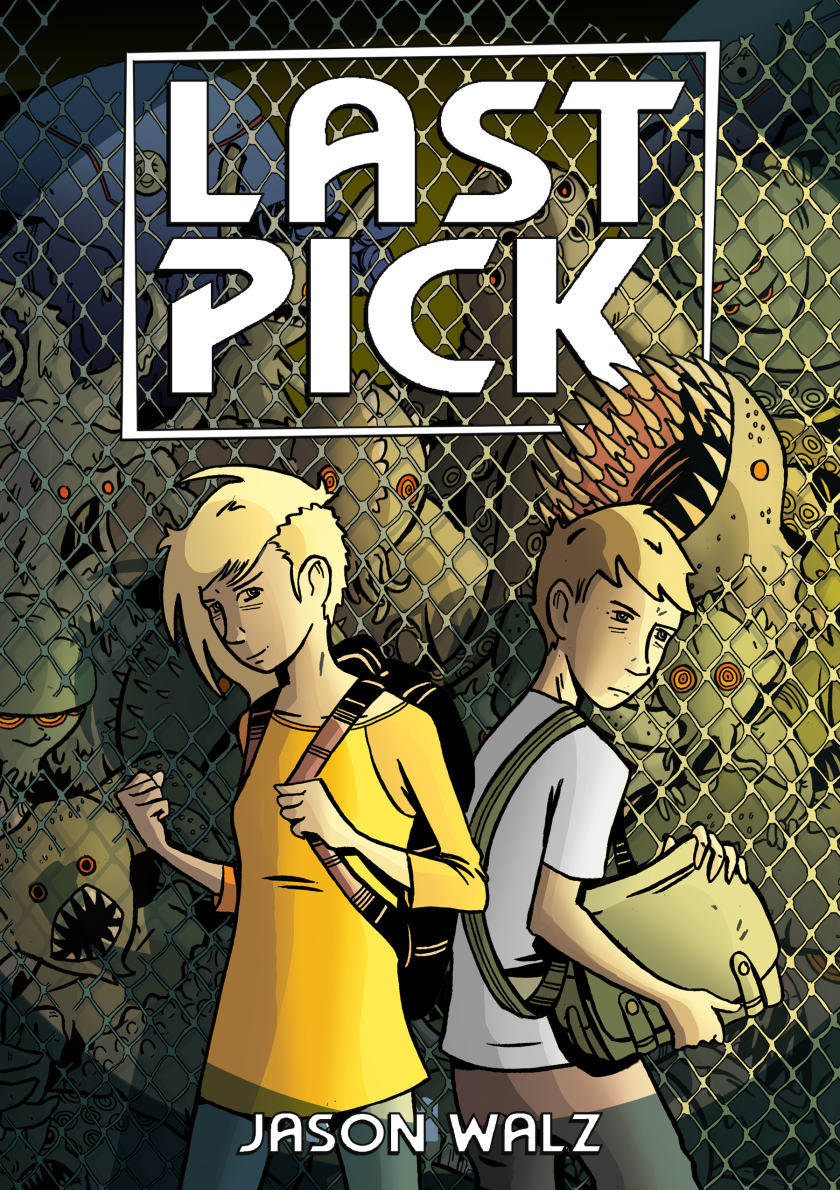 In the not so distant past (3 years ago), aliens invaded Earth and took as many 16 to 65-year-olds as they could collect, so long as they seemed useful. The now 16-year-old twins Sam and Wyatt managed to avoid capture, in part because they were too young and in part because Wyatt is autistic (the aliens view his autism as a weakness and weakness is not tolerated). Though the twins were spared, their parents weren’t. But Sam and Wyatt have not given up hope of someday finding and saving their parents so they can be a family again.

Walz delivers a suspenseful, character-driven sci-fi story in this first in a series that emphasizes the importance of accepting differences, and rejecting labels and expectations. Each chapter begins with a steely blue-toned flashback scene portraying a moment from before, during, or after the invasion, and is followed by a lively, orange and green retro-colored depiction of the unspecified present.  Some scenes have detailed backgrounds, but the majority are solid colors, which places the focus squarely on the characters. The twins are believable as siblings, delivering realistic dialogue, and Wyatt’s autism is respectfully treated; it is explained and portrayed without being preachy or shameful. Action is sprinkled throughout and is used to particularly strong effect in the cliffhanger ending.