Women Who Launched the Computer Age 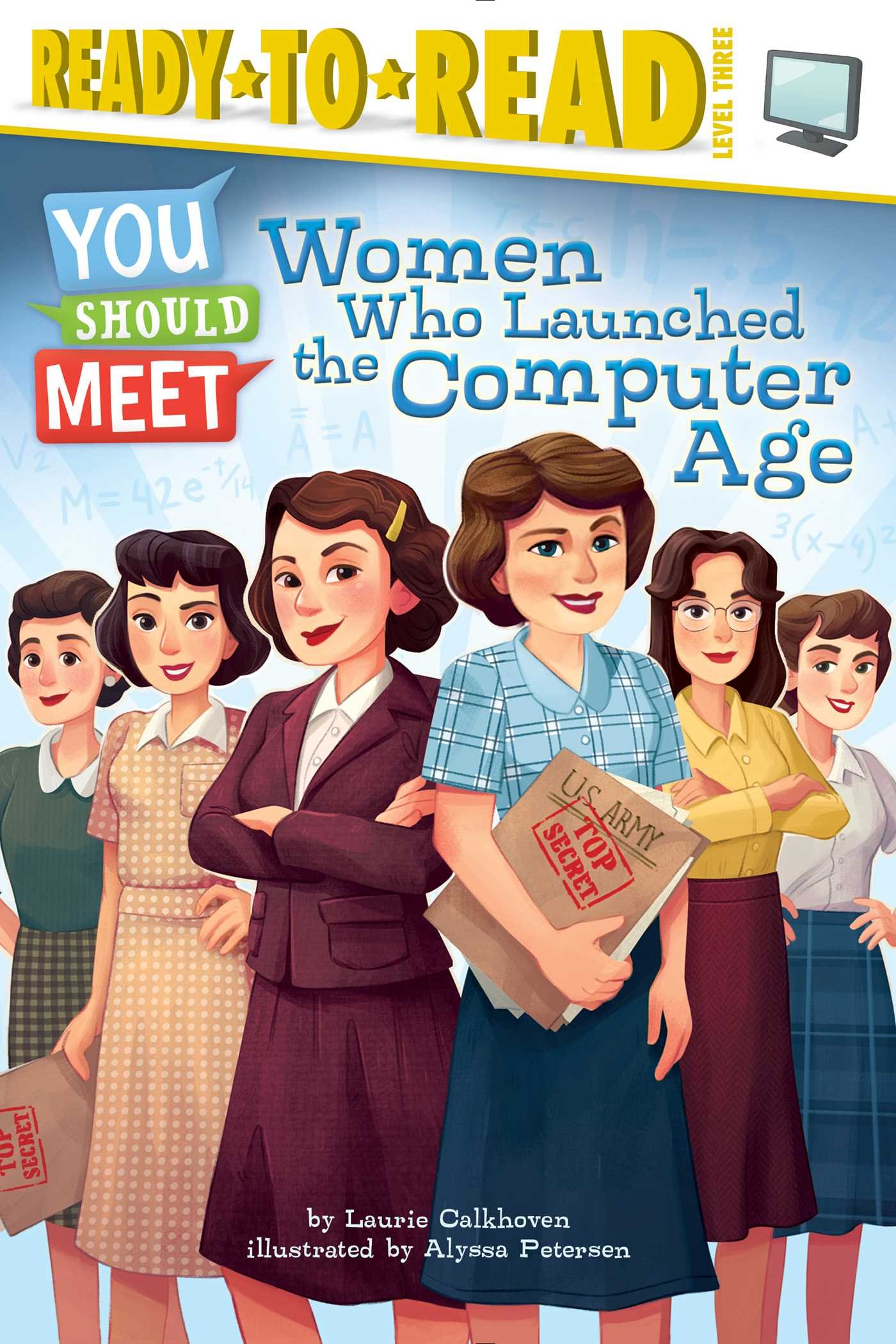 During World War II, the United States belonged to the Allies, a group of countries who together fought against another group of countries – the Axis powers – that included Germany and Japan. As part of the war effort, mathematicians were needed to do incredibly complex calculations by hand, which could take days. Because men were fighting in the war when the first programmable electronic computer, the ENIAC, was introduced, the Army called upon women to learn how to program it. Eager to do something besides teach, six women jumped at the chance to learn how to program.

In this, one of many books in a nonfiction series that follows industry trailblazers, Calkhoven gives an in depth introduction to the six women first involved in the ENIAC project and ties their work to technologies used today. The 48 page story boasts five chapters, as well as fun bite-sized facts, a brief world history of mathematics and programming, as well as other notable women who worked in computers and science fields. The vintage-colored images, which range from one third to a full page in size, are balanced with large, blocky paragraphs. Due to the extensive word count and some of the vocabulary used, this would be best in the hands of a comfortable, rather than an emerging, early reader.