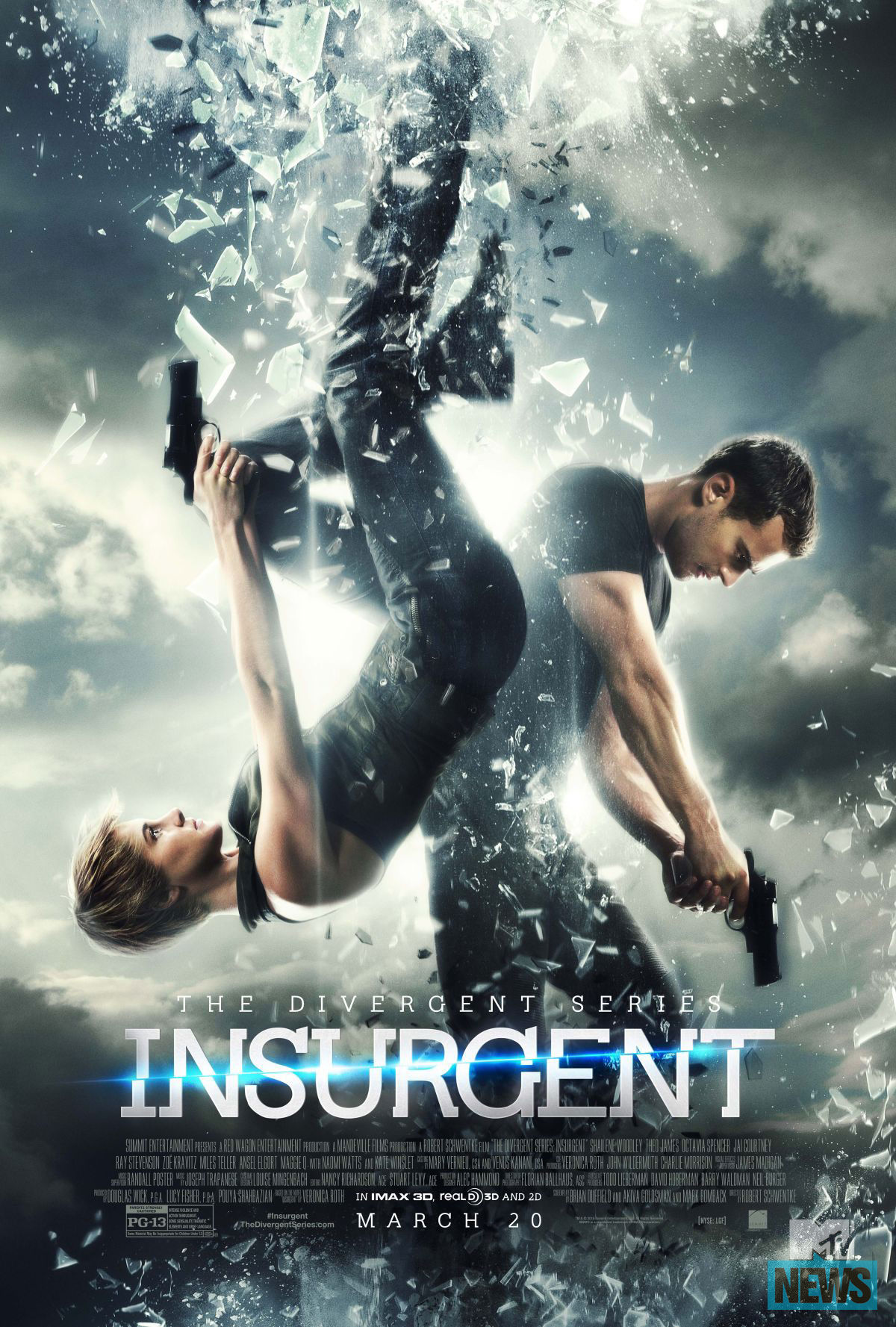 Tris is still trying to save the people of the factions, including those labelled Divergent like herself.  But Jeanine, the head of Erudite, is convinced that Divergents will be the downfall of the city and has declared martial law.  As they try to evade capture by Jeanine’s goons, Tris and Four must also attempt to rally allies and discover the secrets that still influence their lives.

Insurgent is the second movie of the Divergent trilogy, which is based on the novels by Veronica Roth.  The movies should be watched in sequence, as each builds upon the last.  This installment of the series is action-packed and plot-driven, suffering from the common book-to-movie ailment of “We have to cram all 400 pages into two hours.  Go!”  What little character development we see is abrupt and clumsy.  Tris is prone to brooding in this movie, worried that she’s dangerous, that Jeanine is right, and that everyone would be better off without her.  Her allies keep telling her that she needs to forgive herself, but she keeps simmering in her guilt. It’s a little psychedelic and a lot improbable.  The “simulations” that were so important to the first movie retain their relevance here, offering opportunities for approximately three additional and extra-trippy action scenes.  The story being told is entertaining, in a mindless-action-movie kind of way, and even has relevance to issues we encounter today. (Spoiler alert: The lesson is “tolerance.”)  Unfortunately, the depth – of story, of characters, and of their emotions – got lost in translation.