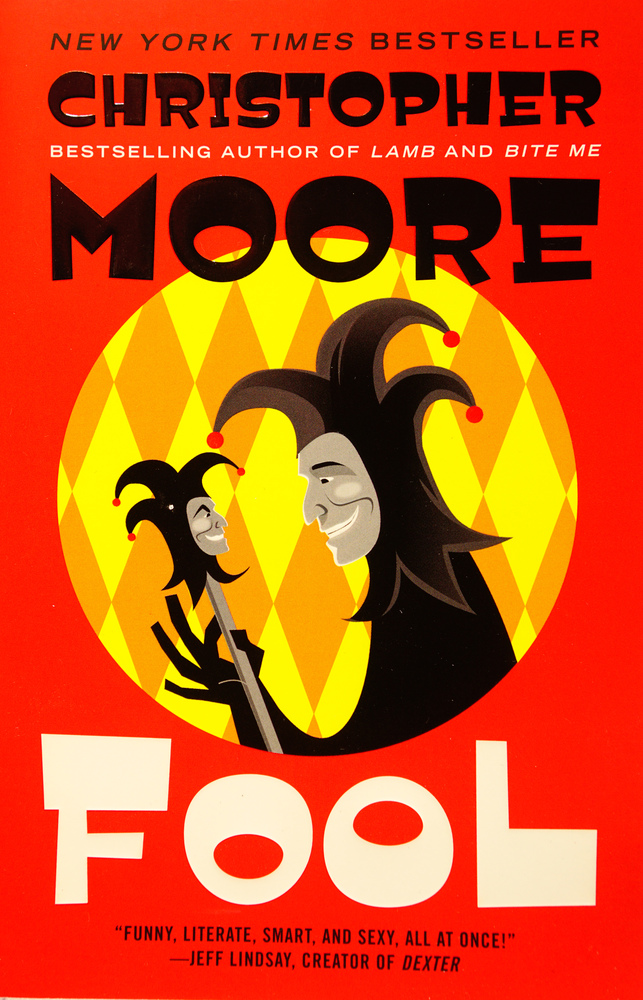 Pocket is a fool.  As in, a jester.  With the funny outfit and the bell-hat and everything.  He is skilled at juggling, tumbling, knife-throwing, witty comebacks, and rampant self-aggrandizement.  When King Lear disowns his most loving daughter, exiles his most loyal knight, and threatens Pocket with similar treatment if he doesn’t shut is trap, Pocket knows that he must do everything in his power to stop the madness.

Fool is a funny, gossipy, irreverent, silly, irreverent, offbeat, high-drama – and did I mention, irreverent? – retelling of Shakespeare’s King Lear, from the perspective of the court jester.  Both characters and plot are complex and complete, as you would expect of Shakespeare’s creations.  Pocket is mischievous, snarky, inappropriate, sarcastic, and always ready with a cutting retort, making him an entertaining, if sometimes crude, storyteller.  He tells us the story in a candid, conversational manner, with all the racy humor and gossip we need to remember each of the many characters and their place in the story.

The audio version is distinctly voiced by Euan Morton for a comedic and energetic narration, which is strongly recommended if you’re having trouble with the print edition.  The tale has its flaws:  the villain is an exaggerated caricature of a bad guy; and King Lear’s descent into madness happens early on and entirely off the page, which together make the insanity seem abrupt.  But truly, with a narrator as comically captivating as Pocket, who cares?