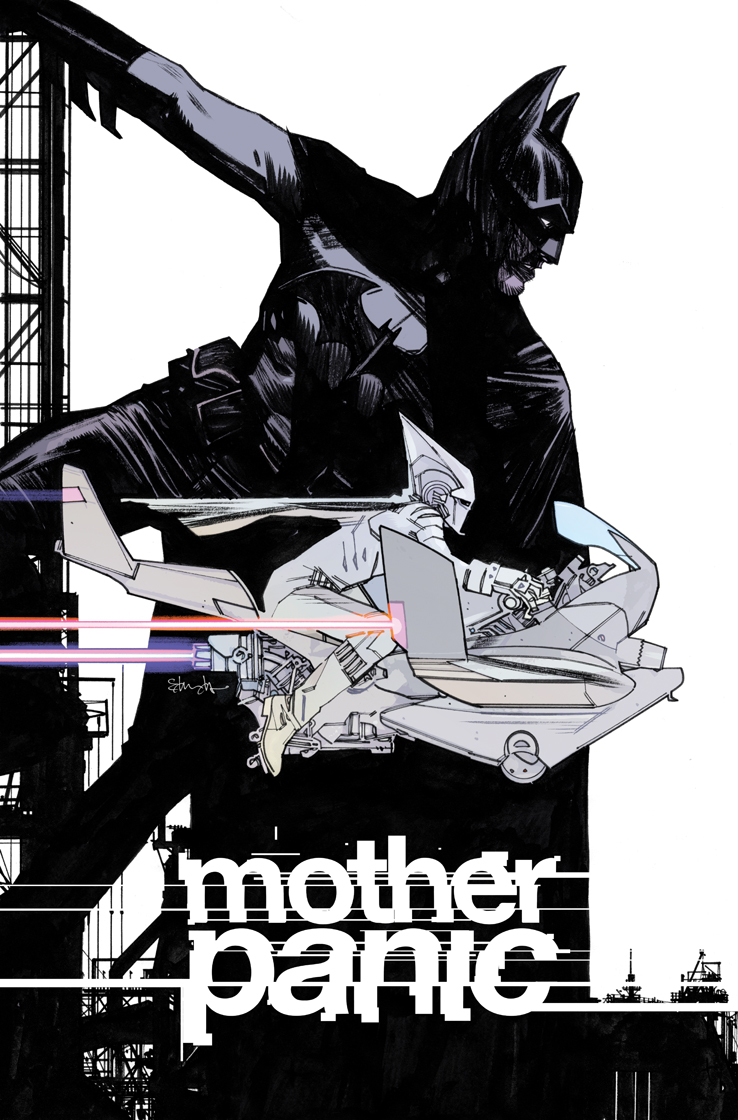 Batman isn’t the only hero in Gotham, anymore. Violet Page is on the scene now and she’s not happy. A celebrity of every gossip magazine in Gotham, there’s something boiling under the surface of this rich young woman and she’s not afraid to show it. Betrayed by someone she loved as a child, a traumatic event in her past fuels her rage. By day she’s on the cover of Gotham City’s gossip magazines and showing her disdain on televised talk shows. When the moon rises, however, she’s Mother Panic. A perfect foil of Batman, instead of in black, she’s in white. She shows reverence for violence and inflicts rage on those that wronged her in the past. Things get tricky, however, when she finds it’s not as easy as she thought to bring her revenge to a permanent end.

Mother Panic is a book full of rage, feminism, and punk-rock attitude. Violet Page suffered extreme betrayal when she was a child and Jody Houser, author of the much-different Faith comic series, does a superb job at building complex characterization through history. While Mother Panic is an in-your-face revenge character, some subtlety lies in the pencilling of Tommy Lee Edwards. MP’s costume looks like any off-the-wall super hero garb at first glance, but after reading more into Page’s history, one may pick up that it looks eerily familiar to that of a nun’s habit. Panels are littered with abstract, animalistic symbols from Page’s past, frameworking the story in the present. MP literally spits venom at her enemies, mirroring the malice she harbors within herself for those who did her wrong. A few familiar faces also show up on the scene worried by the new line of revenge in Gotham eerily familiar, yet different, than the Bat’s. For anyone a fan of revenge stories, strong female leads, and books full of passionate grit, Mother Panic is sure to please.