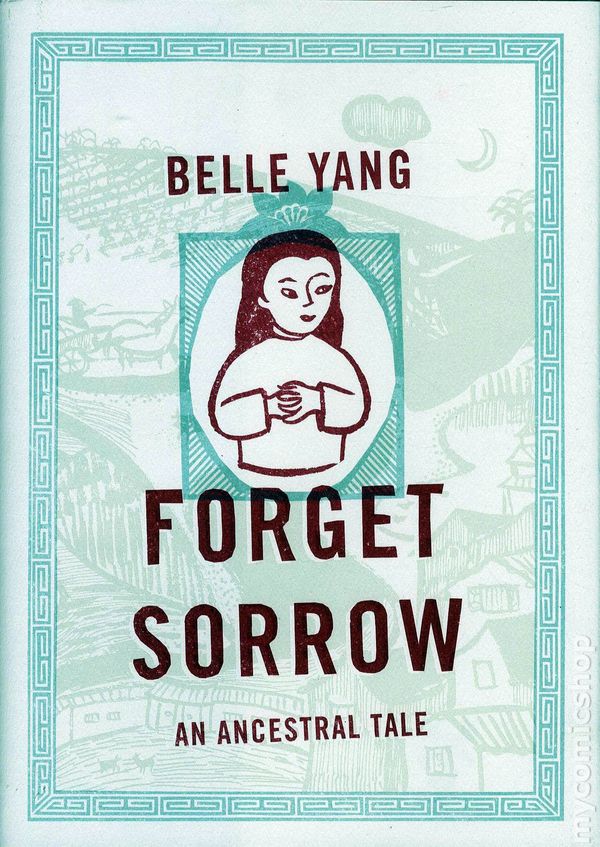 The author of this book, Belle Yang, writes the story of her father’s family here. She returned home after college, and again after spending three years in China, her ancestral home, to escape an abusive ex-boyfriend. During her time at home, she alternates between arguing with her father and listening to his tales of his family. His grandfather, the patriarch, had four sons. The eldest was Belle’s grandfather, the rest her great-uncles. One New Year’s Day during World War II, they are all reunited at the Patriarch’s estate, where they would live for several years. One decision – to let the third son oversee the farming lands – will put the entire family through trials that both echo through generations and the land of China. Through her father’s stories, her family and their strife come alive in her mind. She gave them new life by writing and drawing their story, which turned into this graphic memoir.

The art alternately reminds of Persepolis and of Chinese ink paintings – undoubtedly where inspiration came from. The entire book is in black and white, with many different markings to show textures: a thatched roof, steam off a mug, reeds blowing in the wind. The figures are stylized, bordering child-like, but the deep impact of the story and the struggles of each character are conveyed perfectly. I was moved to tears near the end. This tale of family history, conveying China’s history during this period, is compelling and beautifully written and drawn. Deserves a place right next to Persepolis on your bookshelf.