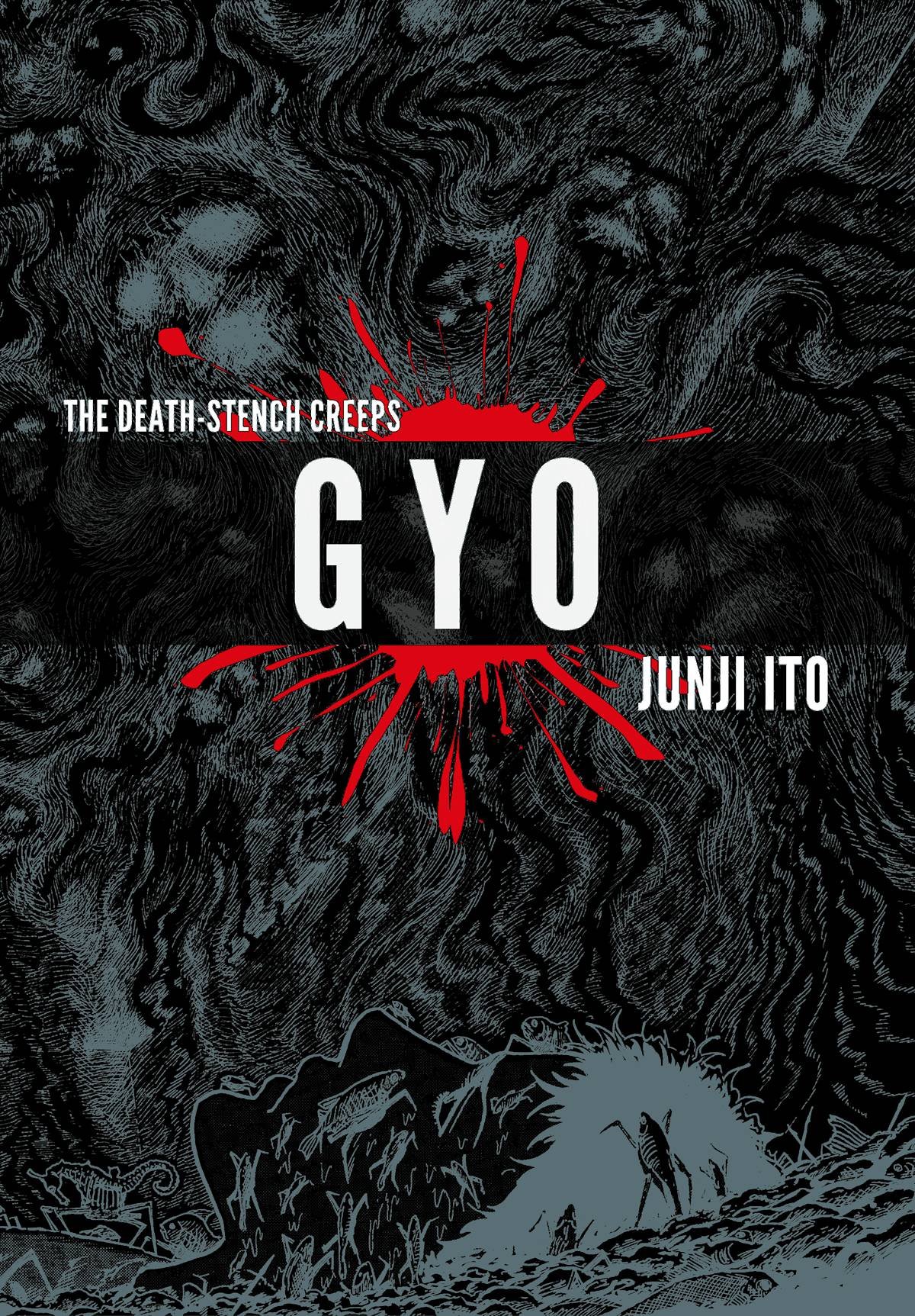 The horror of this seinen manga begins when Tadashi, a young Japanese man, and Kaori, his girlfriend with an ultra-sensitive nose, begin to smell the creeping stench of death as they vacation on an island in Okinawa. Soon after, the rotting carcass of a dead fish with spidery legs assaults them in their vacation home. Tadashi attempts to kill it, but in a fashion only believable in Junji Ito’s otherworldly dream-like style, the fish begins to float away and returns to the sea. It’s not long, however, before an army of other seemingly undead sea creatures begin to crawl back from the ocean, bringing with them the smell of rotting flesh.

Gyo’s blood splattered, black cover catches the eye on the Graphic Novel shelf more effectively than any other book. It jars the senses sitting among the other brightly colored manga and superhero titles with flashy fonts. Gyo: Complete Deluxe Edition is a nightmare masterfully done in a medium known for quick, sometimes sloppy execution. Read by the light of day, Gyo creates a feeling of taboo–a book that we really should not be reading based on moral standards. Strong of stomach or no, you’ll be hard-pressed to find yourself not getting nauseous at Ito’s detailed body-horror, yet delightful, gore fest riddled pencil work. Coupled with Ito’s other shorter, yet Lovecraft and Poe inspired stories at the back of this book, the complete deluxe edition is best read on a gloomy morning or rainy night. If you like John Carpenter’s body horror flicks from the 80’s (i.e. The Thing), the feeling of Lovecraftian dread or horror comics/manga in general, this book is definitely for you.