Four Nights With the Duke 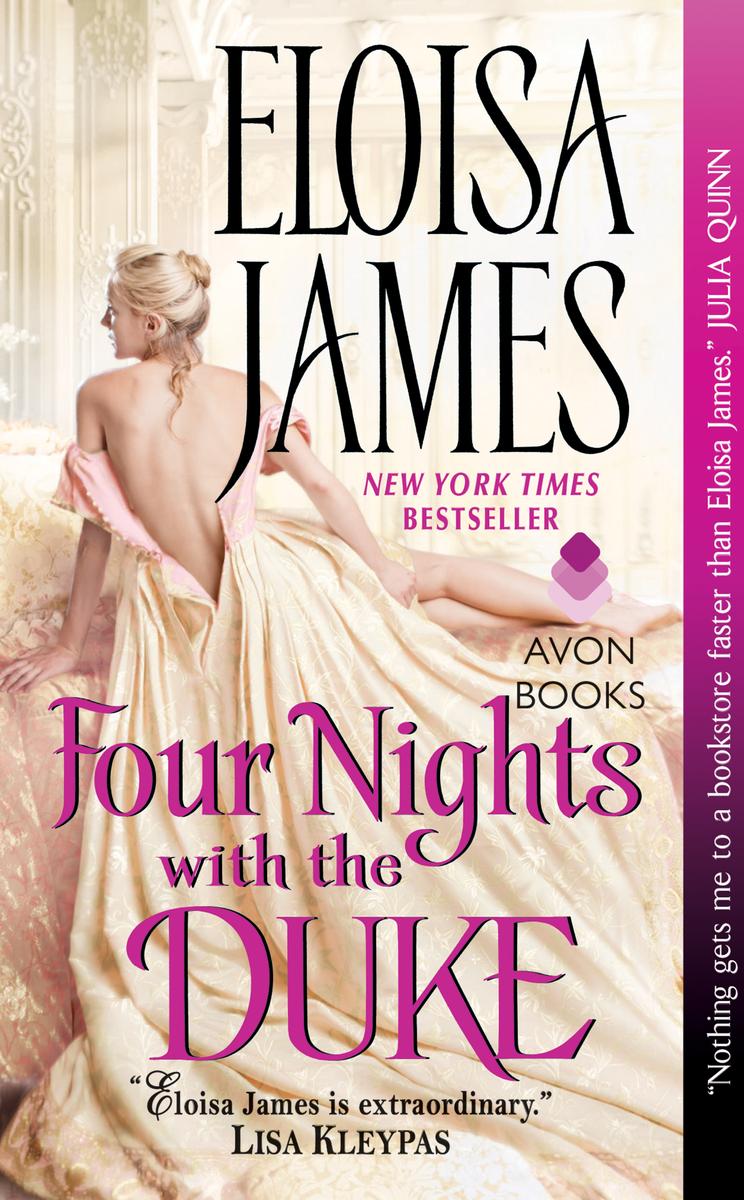 Mia Carrington needs to marry a respectable man to gain custody of her nephew and protect him from his nefarious, money-grubbing uncle.  When her fiancé flees to India the morning of their wedding, she has mere weeks to find a husband.  Desperate, she heads to the estate next door and uses an incriminating letter to blackmail Evander Septimus Brody into marrying her.

Evander, though, is determined not to fall in love with any woman, let alone his wife, for fear that she will betray him with another man.  To ensure that no emotional attachment develops, Evander refuses to spend more than four nights a year with his wife.  Yet when Mia proposes an annulment, Evander realizes that he can’t let her go and must instead convince her of his ardor.

Four Nights With the Duke is a Regency-era romance that tries for sensuous, but doesn’t quite make it.  Mia and Evander spend so much of the book fighting their physical attraction (with, of course, less and less success) that they don’t have time to make an emotional connection, though James tells us that it’s there.  While Mia is a decent character, drifting somewhere between “spunky” and “spirited,” the other characters are all rather flat.  Evander is a man so afraid of emotion that he allows no time for anything except his horses.  He has moments of depth, most particularly when with Mia’s nephew, but these moments aren’t quite enough to make a full-fleshed character out of him.  Other characters are lacking even more: his uncle is a happy drunk, except, conveniently, during the one scene where he needs to convince Evander of his folly; the villain is a villain, from his haughty arrogance to his pointed goatee; Mia’s nephew is not very different from Dickens’ Tiny Tim.  Overall, Four Nights With the Duke is a pleasant story with all the necessary plot points of a good romance, but without the depth to make it resonate with readers past the epilogue.