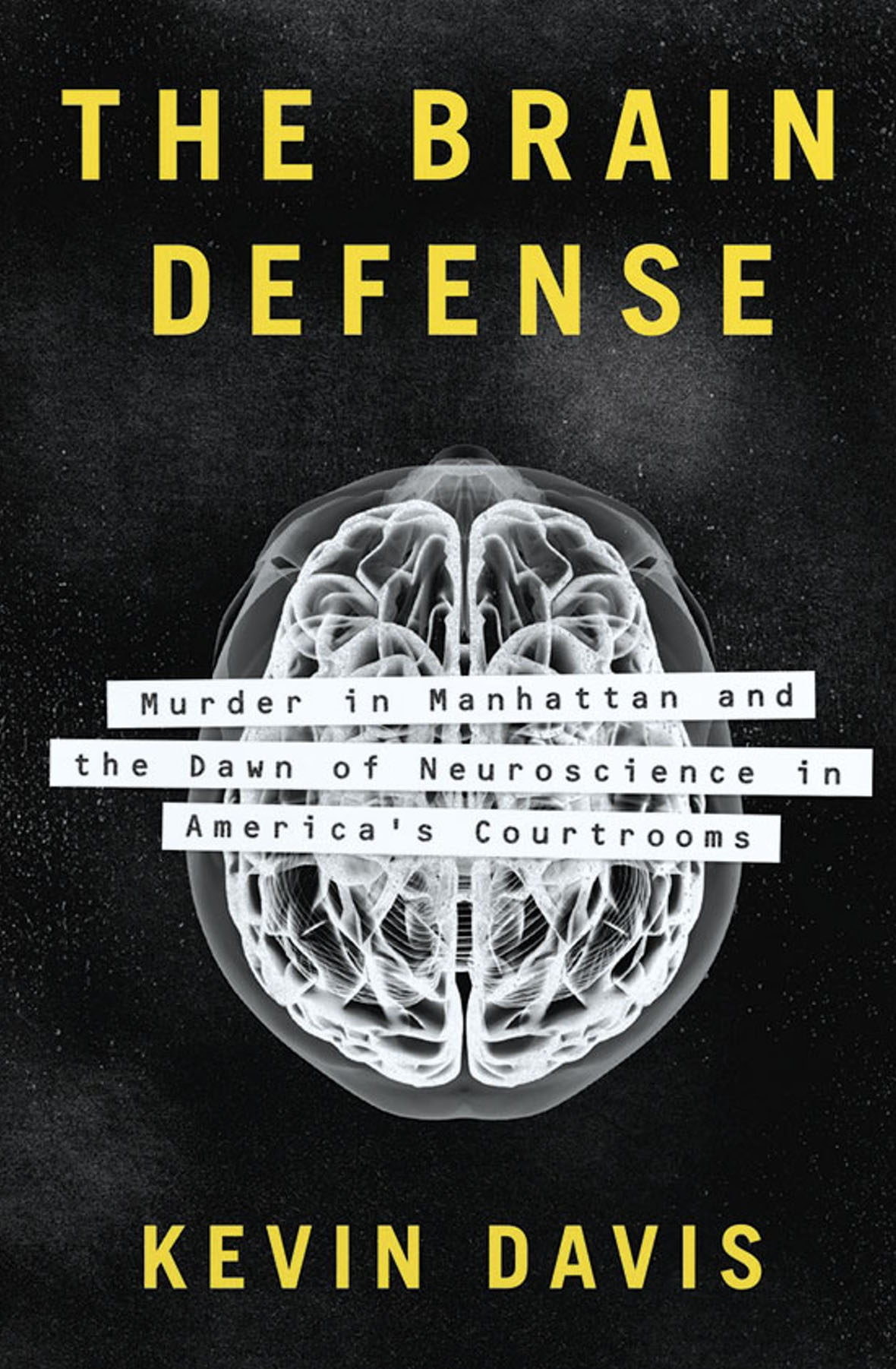 The PET scan shows a dramatic, black void eclipsing the left side of Herbert Weinstein’s frontal lobe. Weinstein’s lawyer argues that the void, representing a large cyst on his client’s brain, shows that Weinstein was not legally sane when he killed his wife. The scan—and the presiding judge’s decision to allow it into evidence during trial—arrive at the beginning of a new era in which sophisticated—and sometimes misunderstood—brain science is increasingly used in criminal courts in hopes of exculpating defendants or mitigating sentencing. The Brain Defense examines the intersection of neuroscience and the law, from its ancient roots and philosophical implications to current practices, controversies, and research.

Author Kevin Davis tackles the questions that this raises about the justice system from multiple angles. Davis refrains from outright editorializing, instead presenting the viewpoints of various lawyers, neuroscientists, doctors, and legal scholars, as well as laypeople affected by the cases examined. This gives the reader enough information to appreciate what various forms of neuroscientific data can tell us, broadly, and consider why they may or may not be appropriate in determining culpability, handing down sentencing, and setting policy. By weaving these explanations into the narrative context of real contemporary and historical cases, including the Weinstein murder, The Brain Defense holds the reader’s attention and makes complex issues more accessible. The book easily earns a place on the to-read list of anyone concerned with the future of criminal law, as well as those interested in human behavior.