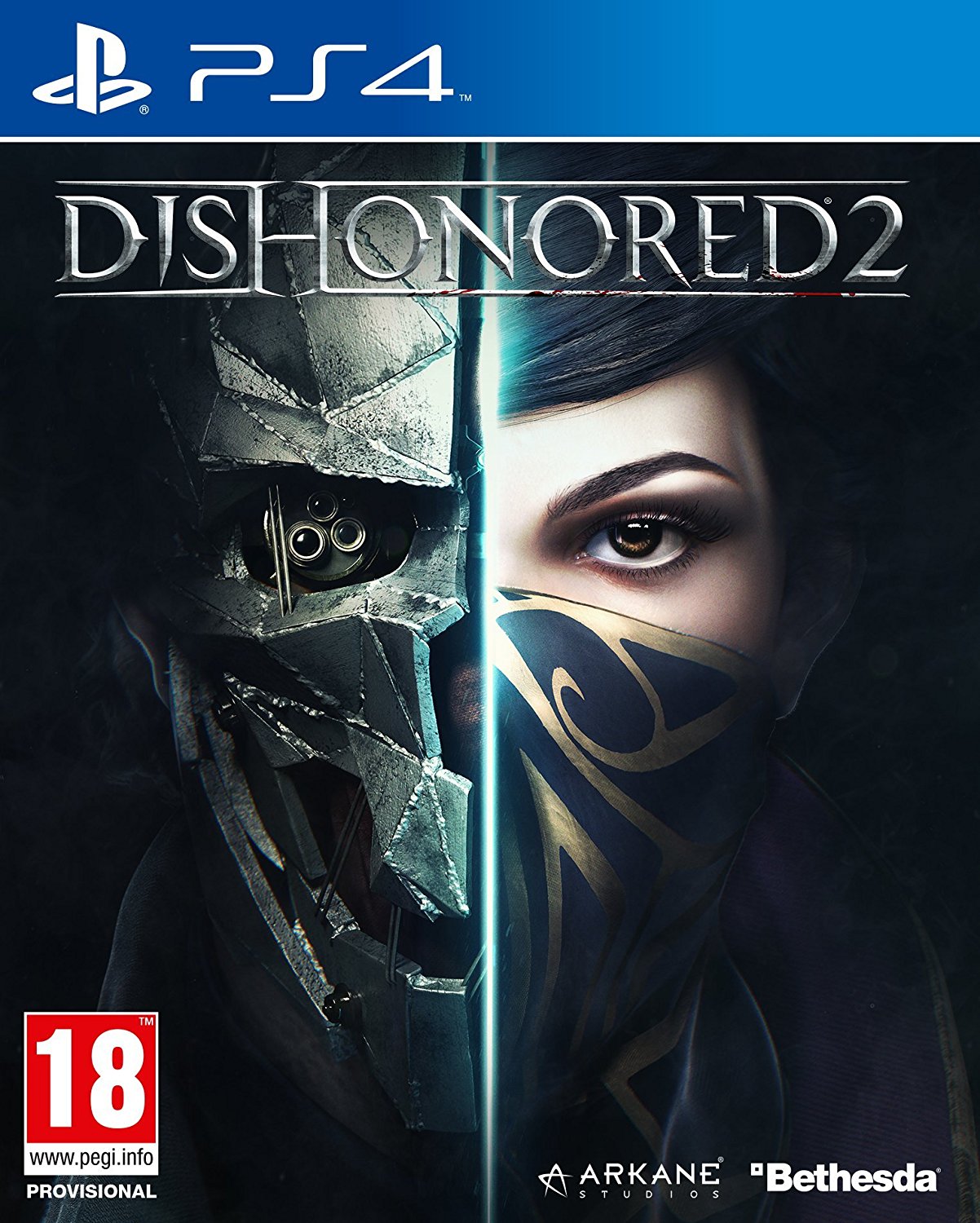 In the first Dishonored the queen is assassinated and her heir princess Emily is kidnapped. It is up to her right hand man Corvo a cunning and stealthy fighter to rescue Emily the and place her back on the throne. In Dishonored 2 it is 10 years later and Emily is grown up and now the queen. Under Corvo’s tutelage Emily is just as much a force to be reckoned with as Corvo.

The game centers around Emily being deposed by a bloody coup lead by a woman claiming to be her aunt. The game allows you to choose whether you will play as Corvo or Emily and whether you will attempt play with or without powers such as teleportation, control of animals, and heightened (i.e. x-ray) vision. The game encourages players to be stealthy by offering happier endings if the player is able to complete play without bloodshed.

This is a game that offers opportunity for strategy and gives plenty of challenge. Players who have enjoyed the Batman: Arkham or Prince of Persia games series will enjoy Dishonored 2 for its plot, strategy, and plot driven gameplay.