The Arrival of Missives 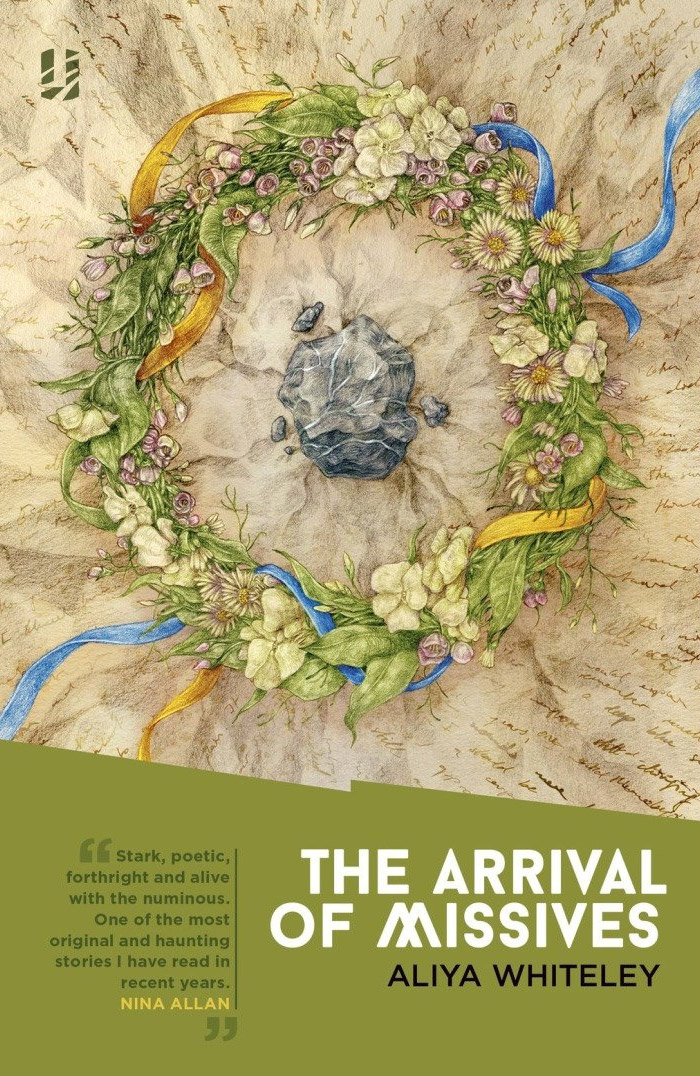 Wedding science fiction with literary fiction in a post-WWI setting, The Arrival of Missives is a unique and enjoyable coming of age story.

Shirley Fearn is seventeen and has it all planned out: teachers’ college in the “big” city, marriage to Mr. Tiller, and a quiet life shaping young minds alongside him at the tiny school in her hometown. Gossip may say Mr.Tiller’s not a real man, having been injured in the war, but Shirley gives such rumors no credence. Yet one day, while fixing to tell him of her plans, Shirley discovers the truth is even more strange: beneath his ribs, Mr. Tiller’s abdomen is fused with a stone—a stone which pulses with eerie silver light. Its secrets will change Shirley and perhaps the whole world.

The Arrival of Missives begins as a quiet, contained story which grows in power. Taking place in a small English town after WWI, the novel’s science fictional elements bubble up from the historical setting gradually through Shirley’s simultaneously naive and skeptical point of view. As a narrator and character, she feels like a genuine person, and we’re readily drawn into her world as she experiences it. By the end of the story, the mysterious technologies she’s encountered will challenge her assumptions about her purpose, place, and personal power. Short and well crafted, The Arrival of Missives makes for a satisfying afternoon read.