Batman: Return of the Caped Crusader 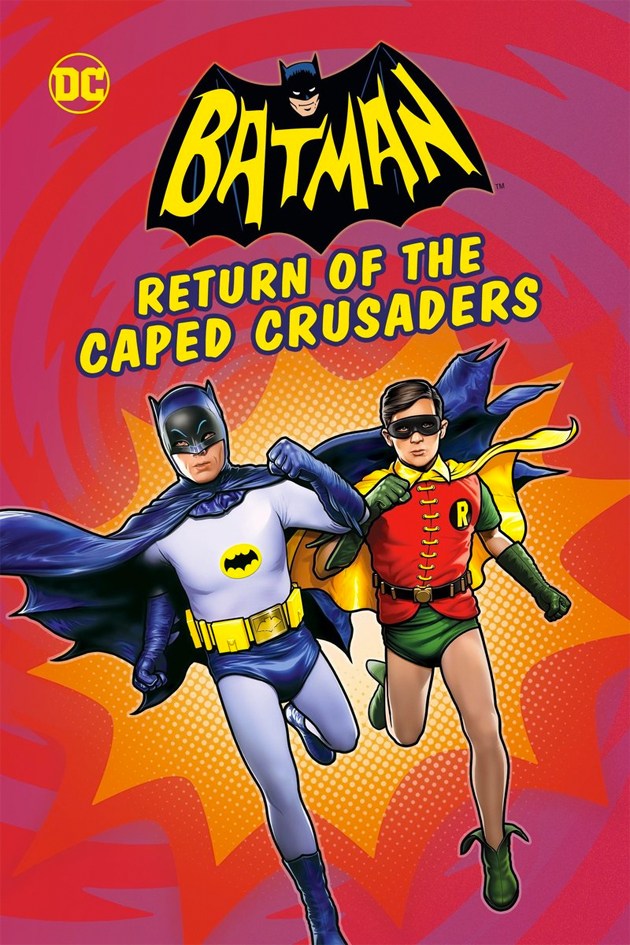 Do you miss a Batman that had a sense of humor, a Batman who does not growl when he talks, or a Batman who knew how to obey traffic laws? Well then do we have a Batman for you! Adam West (Batman), Burt Ward (Robin), And Julie Newmar (Catwoman) reprise their original roles from the 1960’s Batman TV series in a brand new cartoon adventure based on the original series. Watch as Batman and Robin once again take on the united underworld (Joker, Riddler, Penguin, and more) to save Gotham from all sorts of danger including rogue rock bands, titanic TV dinners, and jaywalking. The Dynamic duo will be put against their most fearsome foes and most diabolical traps yet. The new animation looks phenomenal and the jokes are just as awfully good as they should be.

Batman: Return of the Caped Crusader is the latest entry of animated films based on D.C. Comics characters and properties. While Batman films, both animated and not, in recent years have taken a darker tone (think Batman v Superman by Zack Snyder or Christopher Nolan’s Dark Knight Trilogy), Return of the Caped Crusader is much more light and has a wider appeal. Recent fans of Batman may not understand or embrace the campiness of the 1960’s era Batman but there is definitely an appeal here for all fans. For those looking to delve into the D.C. Animated Universe, this is a great start!

Westmont Library has both DVD and Blu-Ray copies of Batman: Return Of The Caped Crusader. The Library also has the complete set of the original 1960’s Batman TV series for any who want to re-watch the original series or see all the fun for the first time.