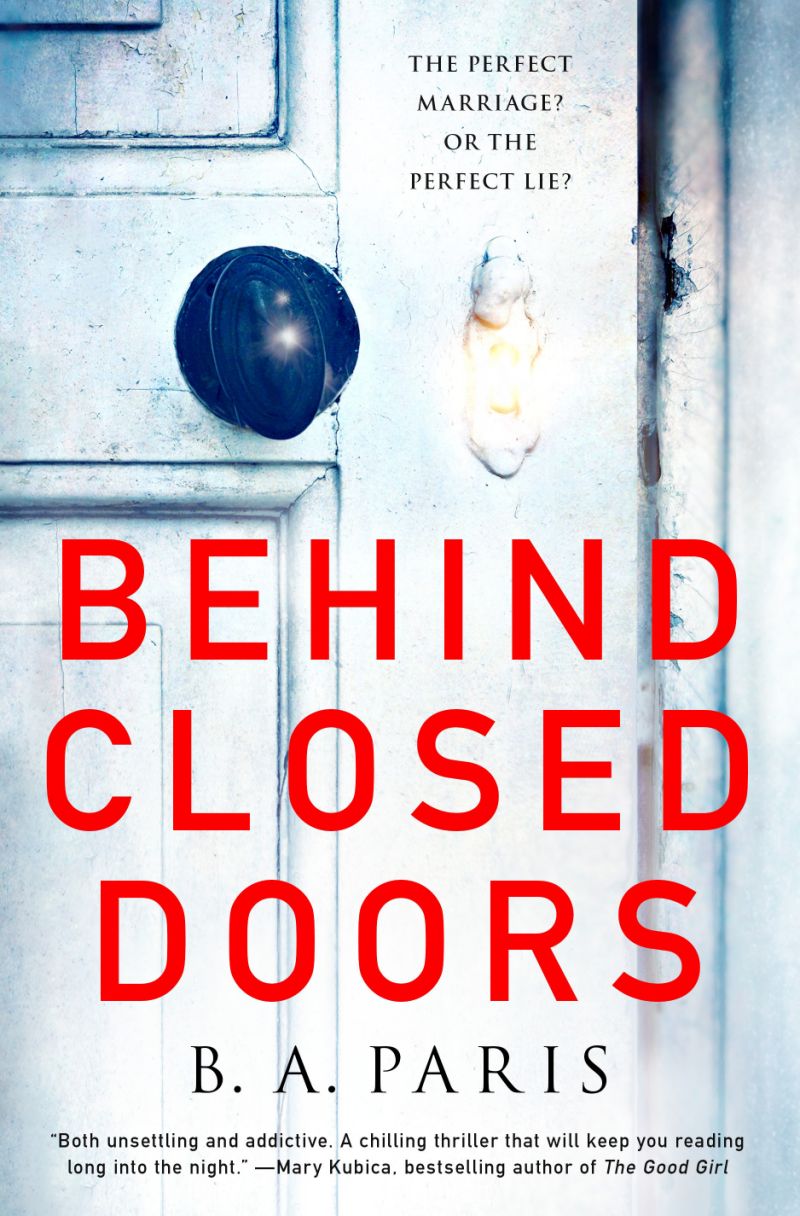 I often like to try new authors to see how their stories come to life from the brief summary given in a book release or promotion. When I read Behind Closed Doors by B.A. Paris, I was spellbound, anxious to find out what happened next.

This chilling story centers on a normal, successful English couple who appear to have everything; but of course, the reality for them is at the other end of the spectrum of what we would consider as “normal.”

Grace, an outgoing woman who has the care of her teenaged Down’s syndrome sister, agrees to marry a well-respected lawyer, Jack Angel. The idyllic life she is lead to imagine suddenly morphs into a living nightmare for her, where her every move is questioned by Jack.

As the depth of the deception by Grace’s new husband begins to unfold, the story shifts from present to the past and back again. The reader then discovers the clues left by the author, building the tension as it goes. Friends of the couple start to wonder: why is Grace never seen without the shadow of Jack, and nervous if he is not in sight? How can a woman who cooks like a gourmet start to look skeletal? What is Jack hiding from Grace that she is in constant fear of its revelation?

Behind Closed Doors is a disturbing story that you will remember long after the last pages are read, and the culmination of the psychological clashes of Jack and Grace are not to be missed. For readers of suspense fiction with many twists and turns such as Gone Girl by Gillian Flynn, The Pocket Wife by Susan Crawford, or The Memory Painter by Gwendolyn Womack.