For the Right to Learn: Malala Yousafzai’s Story 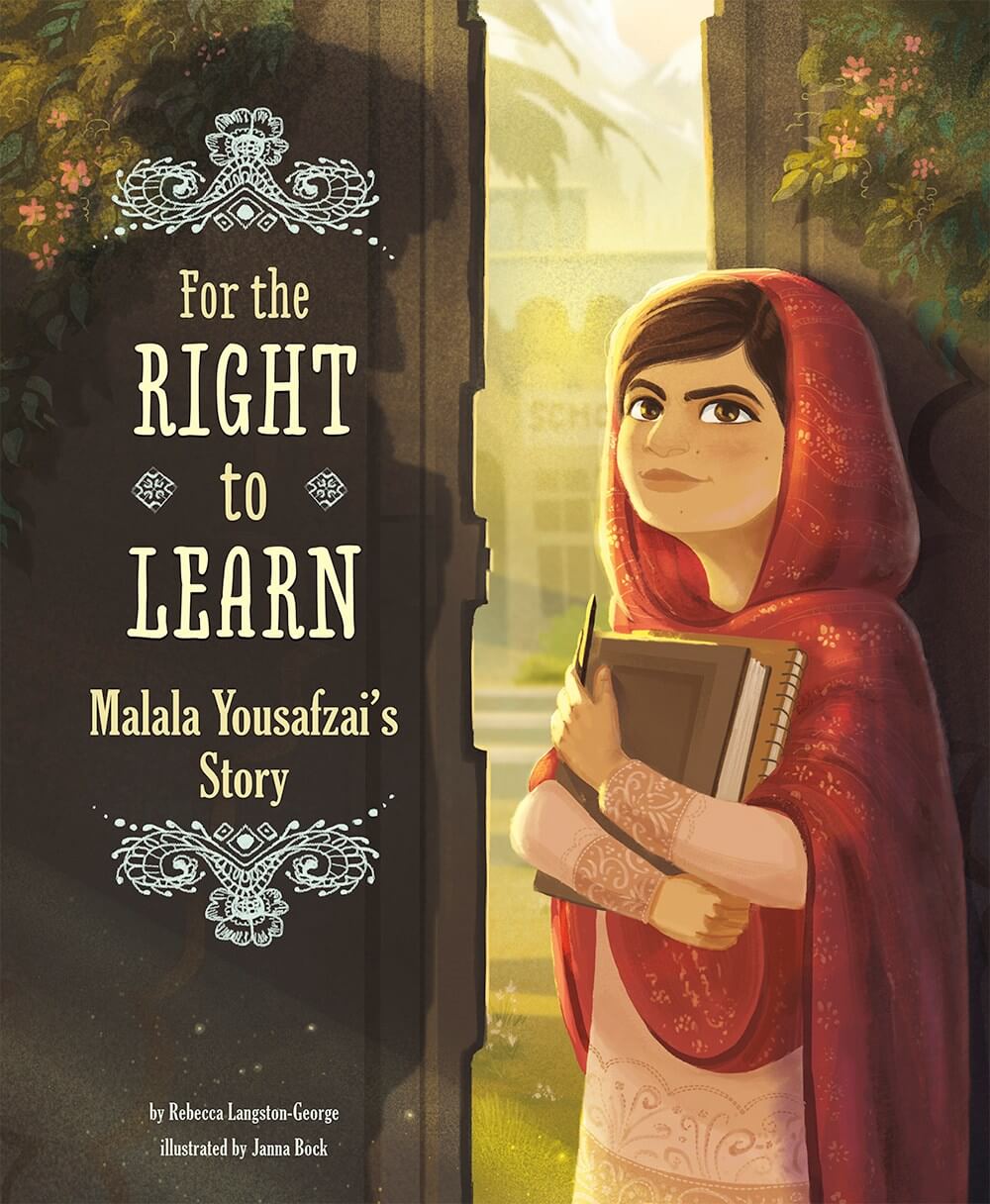 The internationally famous teen activist for children’s and women’s rights, Malala Yousafzai, didn’t just fall into activism, she was thrust into it. When Malala was a little girl, her father instilled in her a love of learning. Unlike many of her female peers, Malala was able to attend school but the growing strength of the terrorist group in Pakistan known as the Taliban resulted in certain behaviors – like girls attending school – being outlawed. Determined not to give in, Malala continued attending in the midst of their threats, going so far as to speak to the media about her outrage at the oppression in her country. But Malala’s bravery was not without its consequences and she ultimately found herself engaged in a struggle between life and death.

The warm, velvety-soft colors and gentle curves of this picture book for older readers are a wonder, especially in the many full page illustrations, but there exists a slightly unsettling, skillfully crafted dissonance between the artwork and the distressing events it depicts. With the help of in-text definitions, Langston-George – aided by history professor Yasmin Saikia – provides age-appropriate explanations of the events in Pakistan that don’t shy away from the terrible acts that occurred.